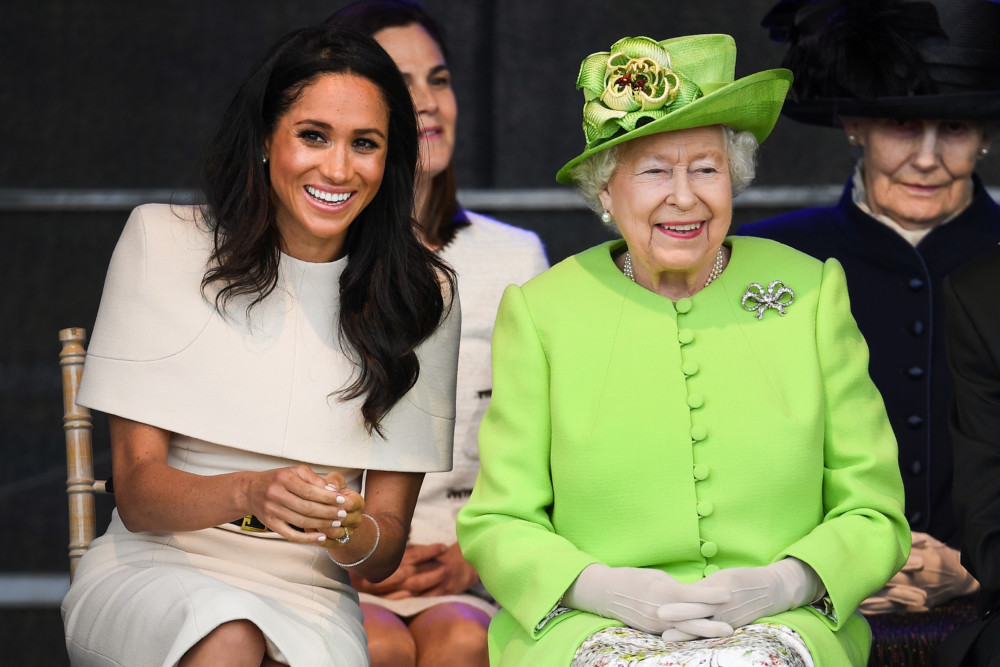 CHESTER, ENGLAND – JUNE 14: Queen Elizabeth II sits with Meghan, Duchess of Sussex during a ceremony to open the new Mersey Gateway Bridge on June 14, 2018 in the town of Widnes in Halton, Cheshire, England. Meghan Markle married Prince Harry last month to become The Duchess of Sussex and this is her first engagement with the Queen. During the visit the pair will open a road bridge in Widnes and visit The Storyhouse and Town Hall in Chester. (Photo by Jeff J Mitchell/Getty Images)

Queen Elizabeth and other members of the Royal Family will meet with Prince Harry today at the Sandringham estate in eastern England to agree on next steps after he and his wife, Meghan, decided to “step back” as senior royals.

Seems like the Queen is moving quickly to take back control, by summoning Prince Charles, Princes William and Harry, to an emergency meeting to sort things out, after Harry and Meghan announced their news reportedly without consulting the monarch.

Meghan, who just signed a deal with Disney, is currently in Canada and she’s expected to join the meeting via conference call, Yahoo News reports.

Matters up for discussion will range from “proposals drawn up after a series of consultations between palace officials and representatives of the UK and Canadian governments about how Meghan and Harry can achieve their aim of carving out new “progressive” roles as hybrid royals”, The Guardian reports.

Trust Us, You Want To Watch This Fun Q&A Between #BBNaija’s Mercy Eke & Diane Russet