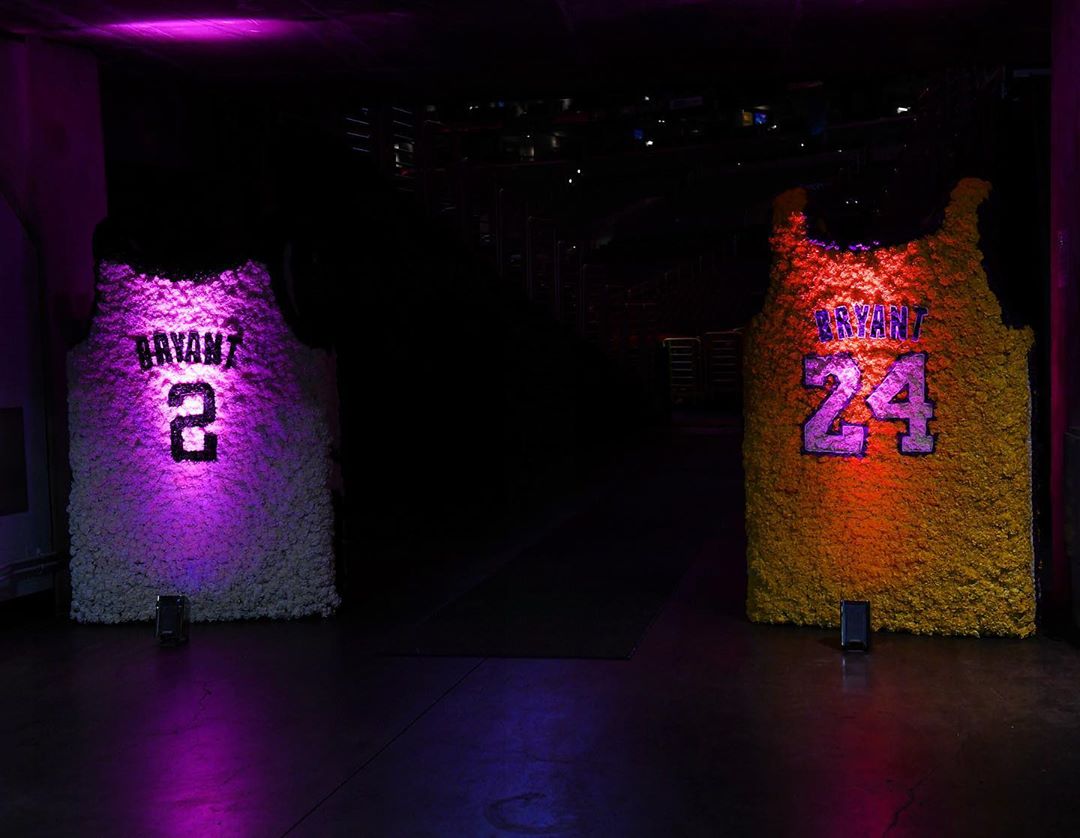 On Monday, thousands of fans, friends and loved ones gathered in Staples Center, Los Angeles, to honour the life and legacy of Kobe and Gianna Bryant.

It’s been a month since Kobe Bryant died in a helicopter crash alongside Gianna and seven others, and it still feels so unreal.

The event tagged “Celebration of Life” saw the attendance of many basketball stars such as Michael Jordan, Magic Johnson and Kobe’s former teammate Shaquille O’Neal.

Beyoncé opened the service with her 2013 hit track “XO“, which she said was one of Kobe Bryant’s favourite songs.

She performed the track with a band and choir in all white, Beyonce invited the audience to sing the lyrics, “In the darkest night hour, I’ll search through the crowd/Your face is all that I see; I’ll give you everything.”

Speaking at the event, Vanessa Bryant shared sweet memories of her daughter and husband during the memorial. She said Kobe “was mine. He was my everything,” and called her daughter Gianna an “amazingly sweet and gentle soul” whose smile took up her entire face. “She was an incredible athlete. She was great at gymnastics, soccer, softball, dance and basketball, Gigi was confident but not in an arrogant way. She loved helping and teaching other people things. At school, she offered the boys’ basketball coaches to help give the boys’ basketball team some pointers — like the triangle offence.”

Shaquille O’Neal, a former teammate, called Kobe a loyal friend and a joker. He said: “I remember him saying, ‘These guys are playing checkers, and I’m out here playing chess,’ and I would say, ‘I guess so, Kobe. I don’t know how to play chess.’
Shaquille O’Neal ended his speech by promising to help carry on Bryant’s legacy with Kobe’s three daughters. “I’ll be sure to teach Natalia, Bianka and baby Capri all your moves, and I promise I will not teach them my free-throw techniques,” he said.
Michael Jordan also spoke at the packed Staples Center. He recalled Kobe Bryant calling him late at night, bothering him about post-up moves, footwork or other intricacies of the game they would go on to master. He said. “That nuisance turned into love over a period of time,” Jordan said in tears.

At first, it was an aggravation, but then it turned into a certain passion. This kid had a passion like you would never know. … He wanted to be the best basketball player that he could be, and as I got to know him, I wanted to be the best big brother that I could be. When Kobe Bryant died, a piece of me died, and as I look at this arena and across the globe, a piece of you died. I promise you, from this day forward, I will live with the memories of knowing that I had a little brother that I tried to help in every way I could. Please rest in peace, little brother.

Check out photos from the memorial 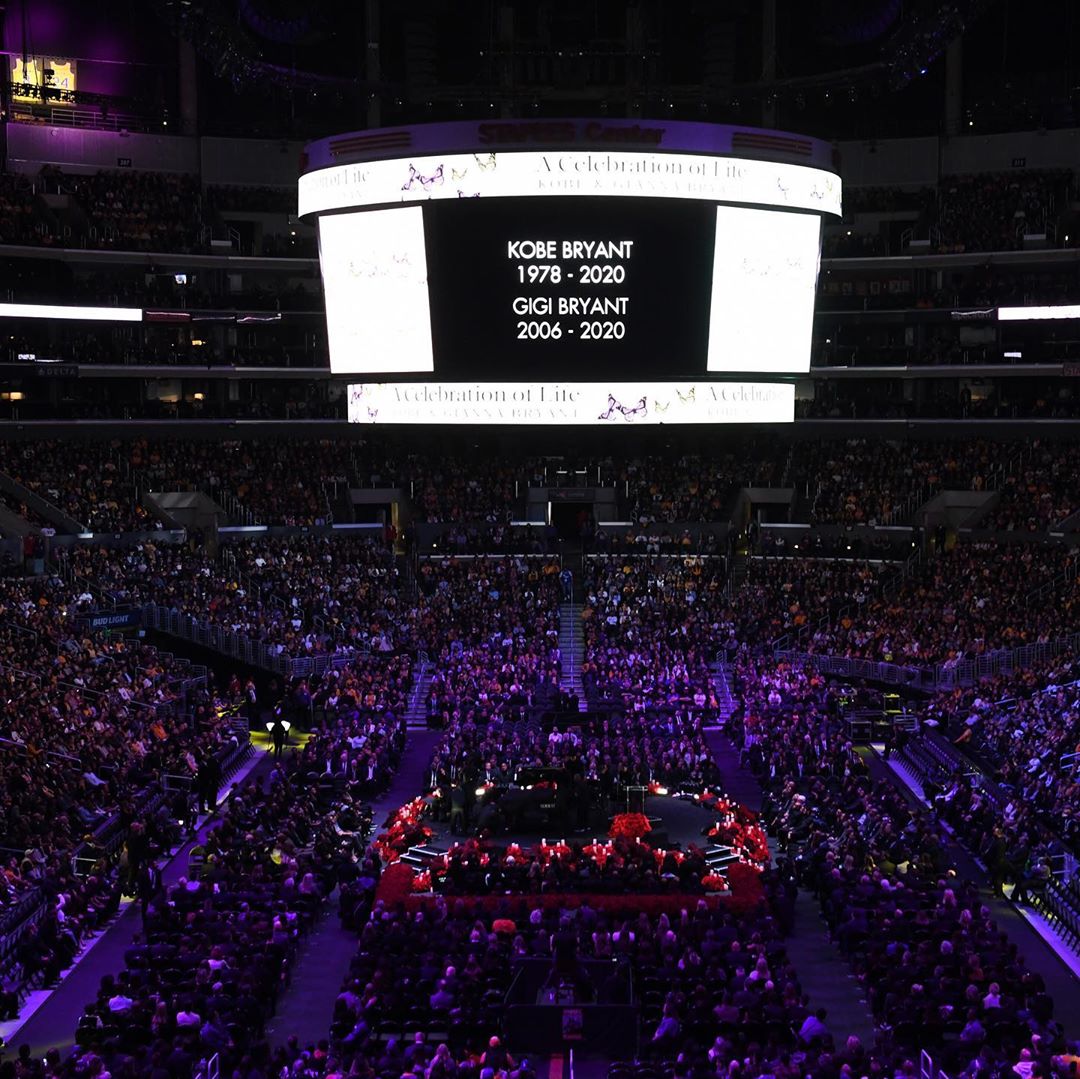 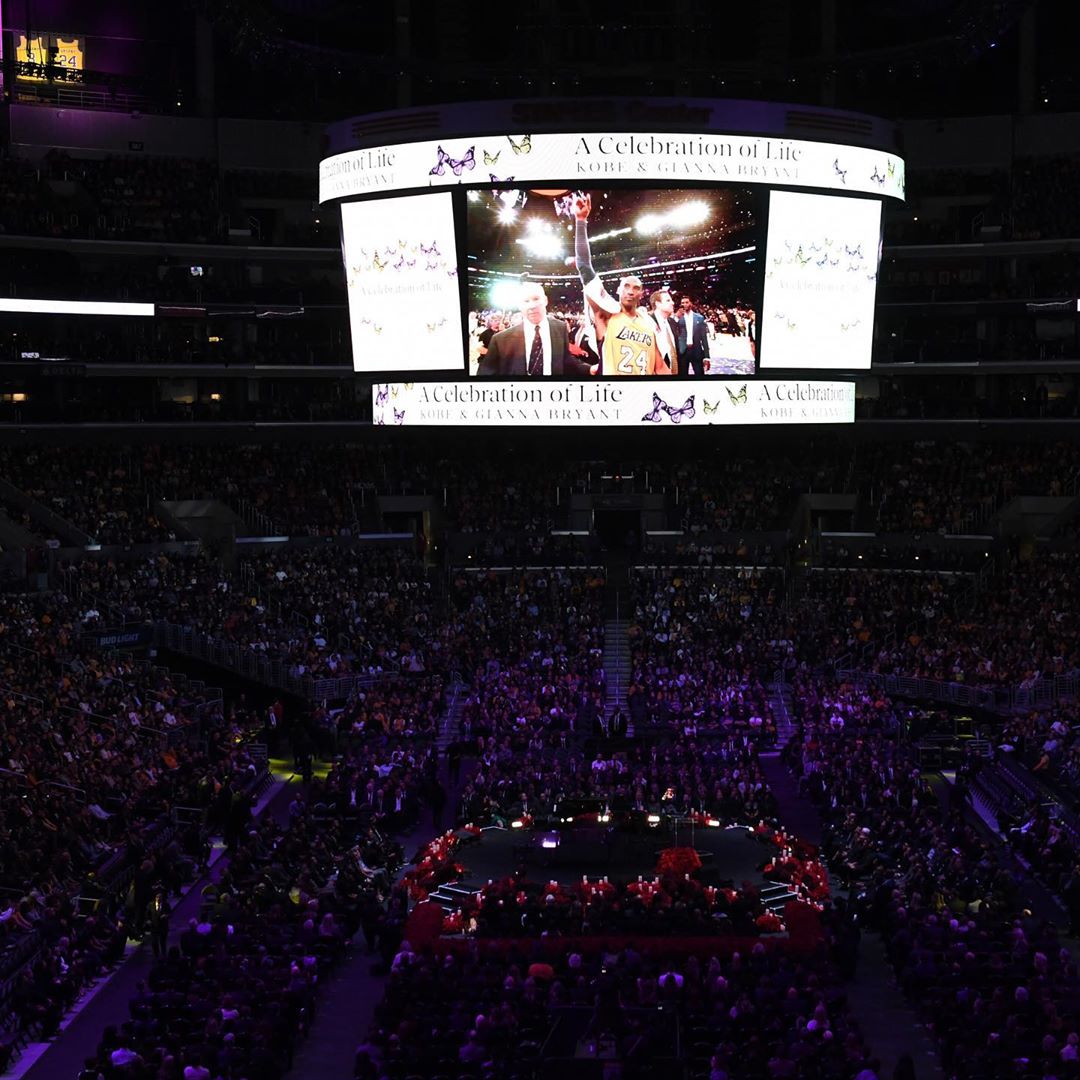 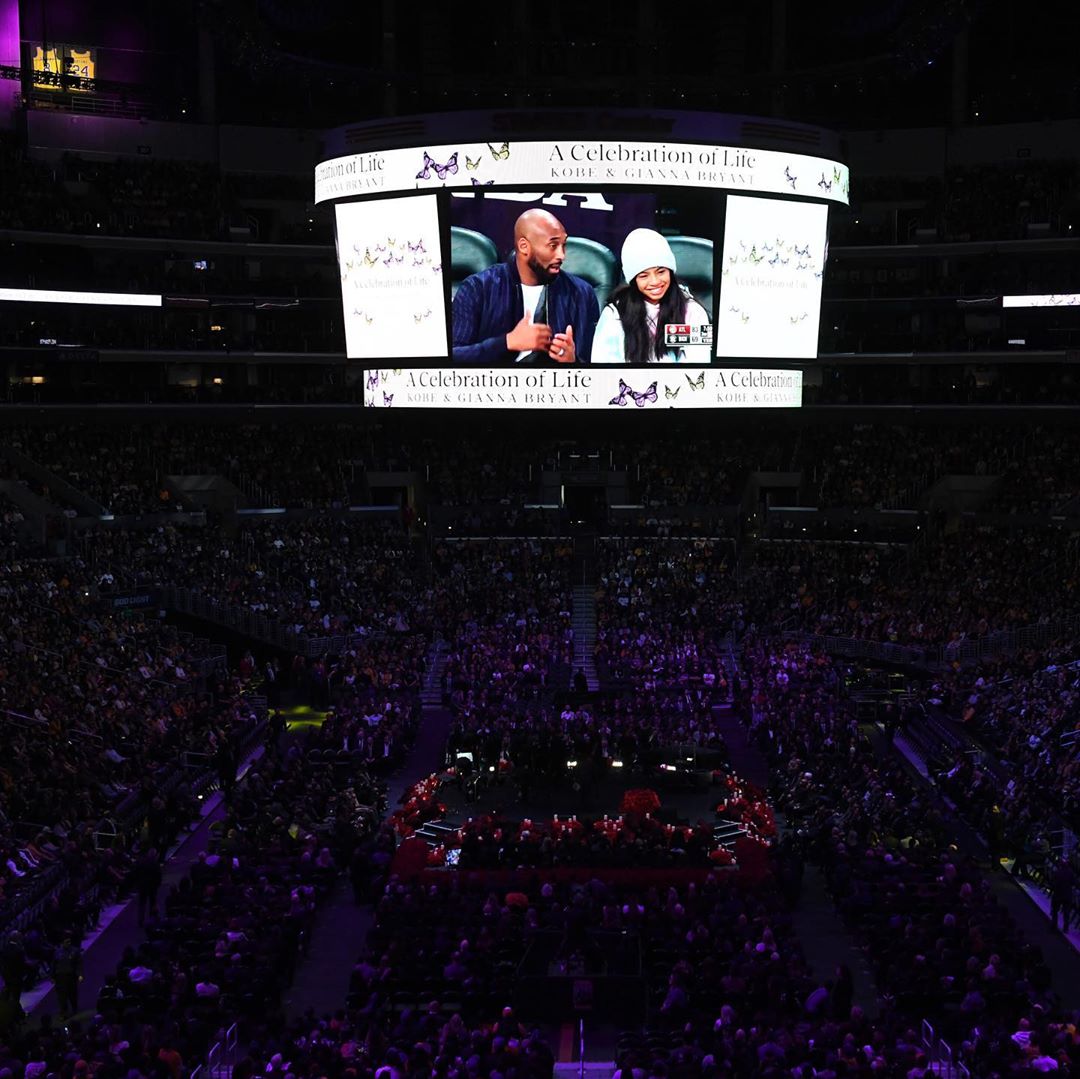 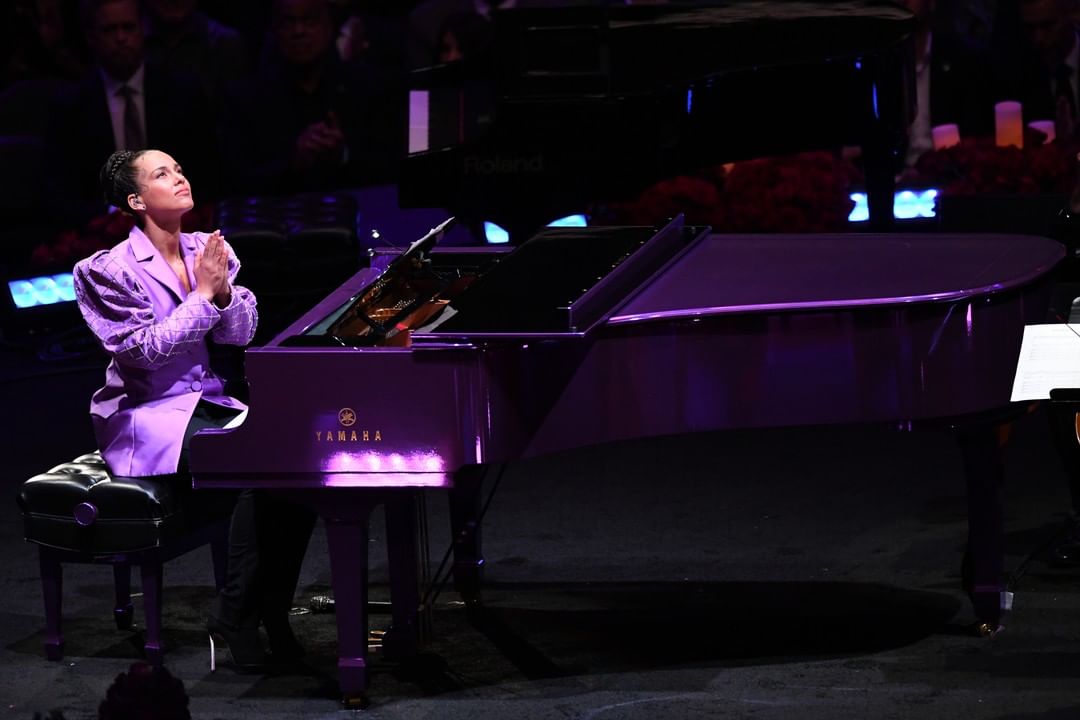 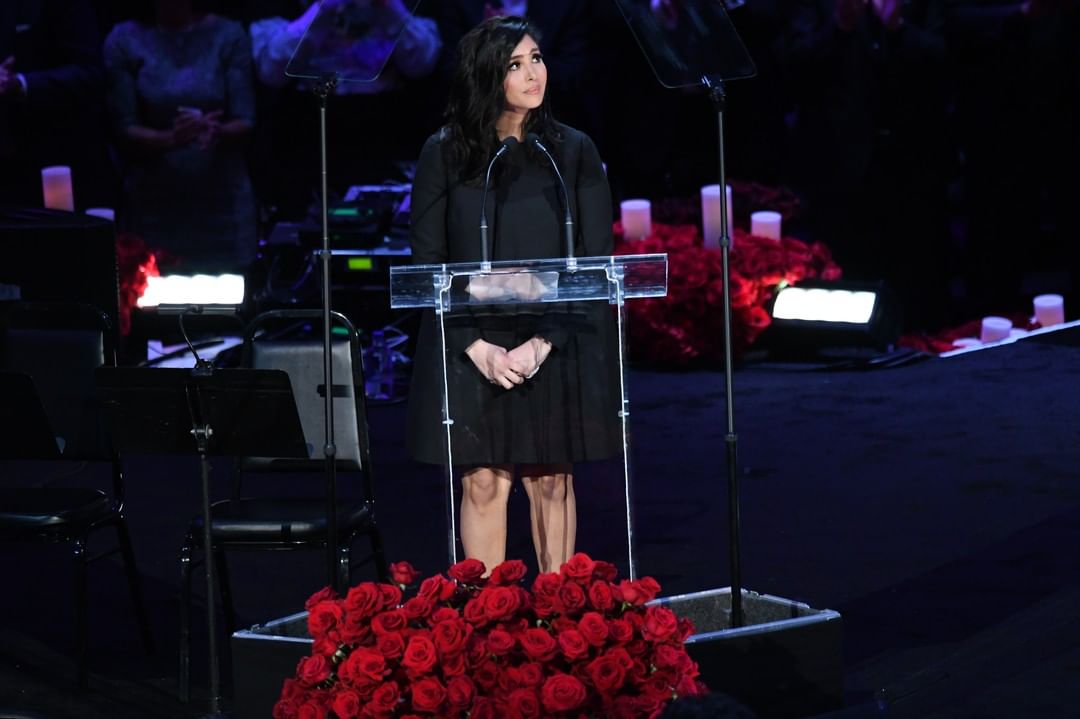 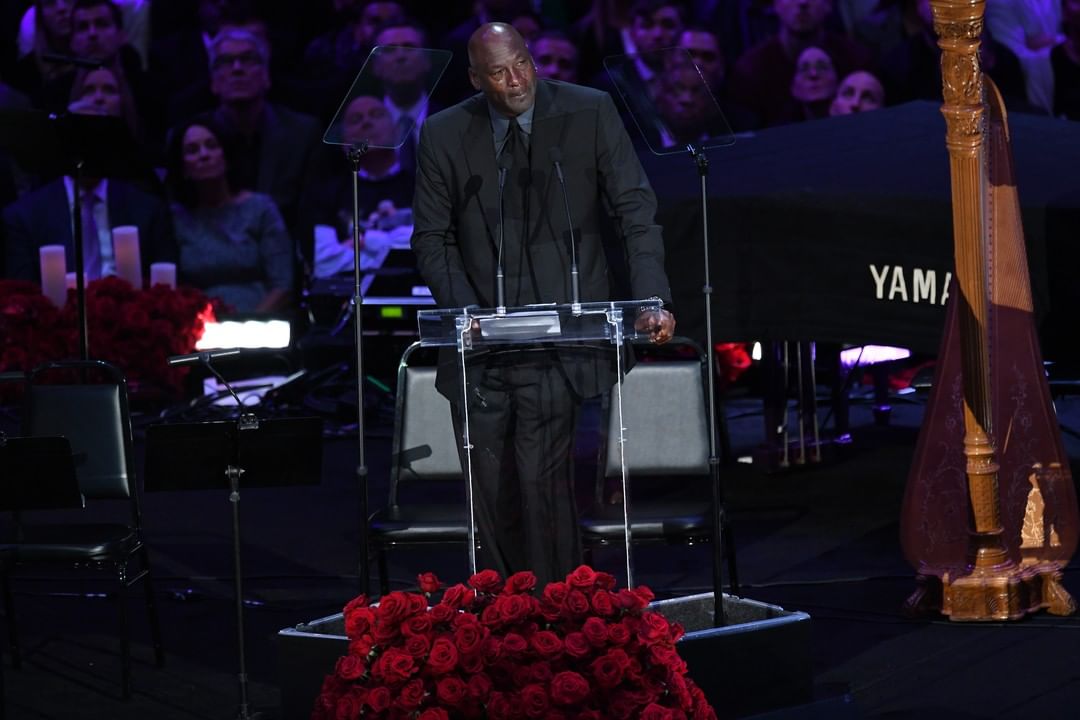 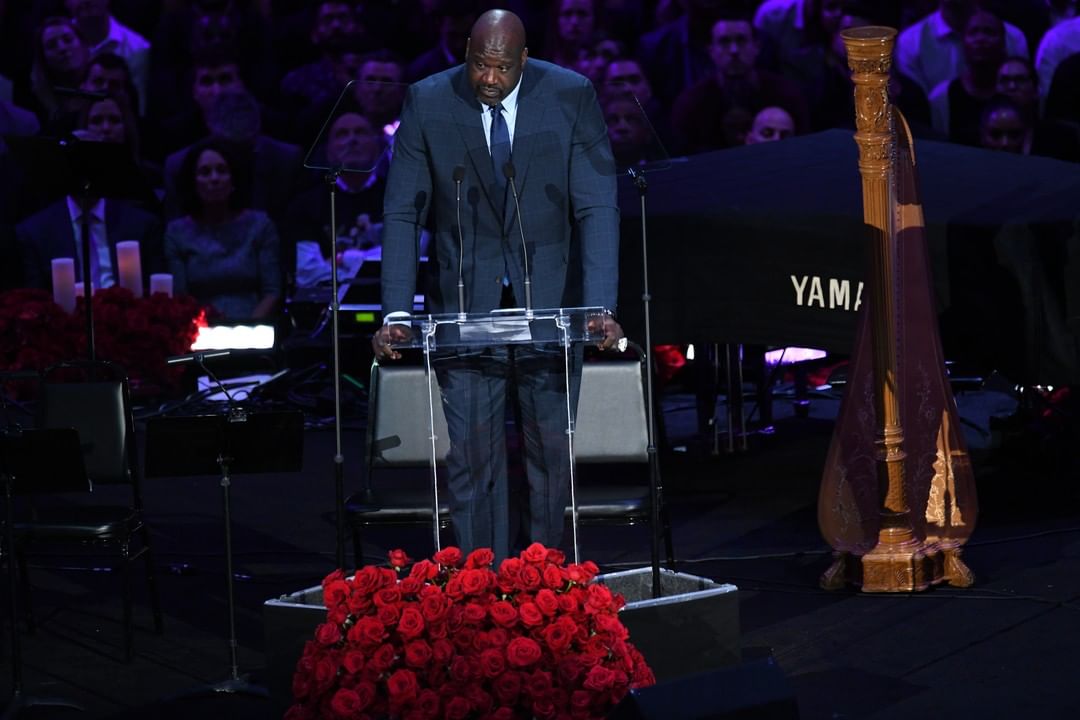 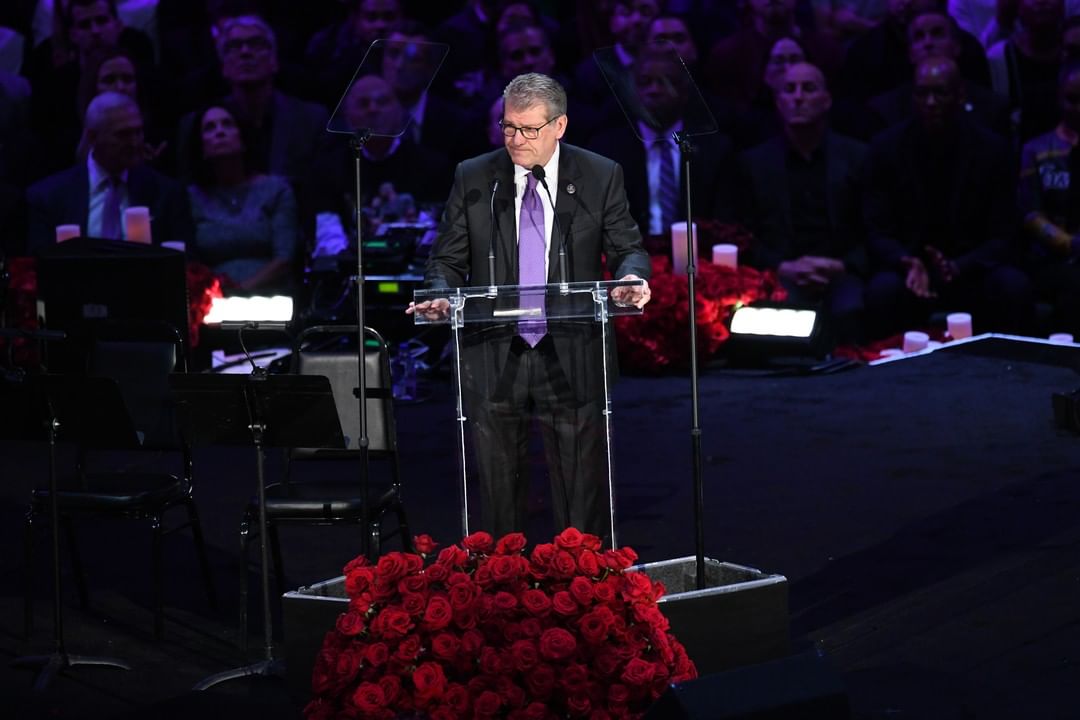 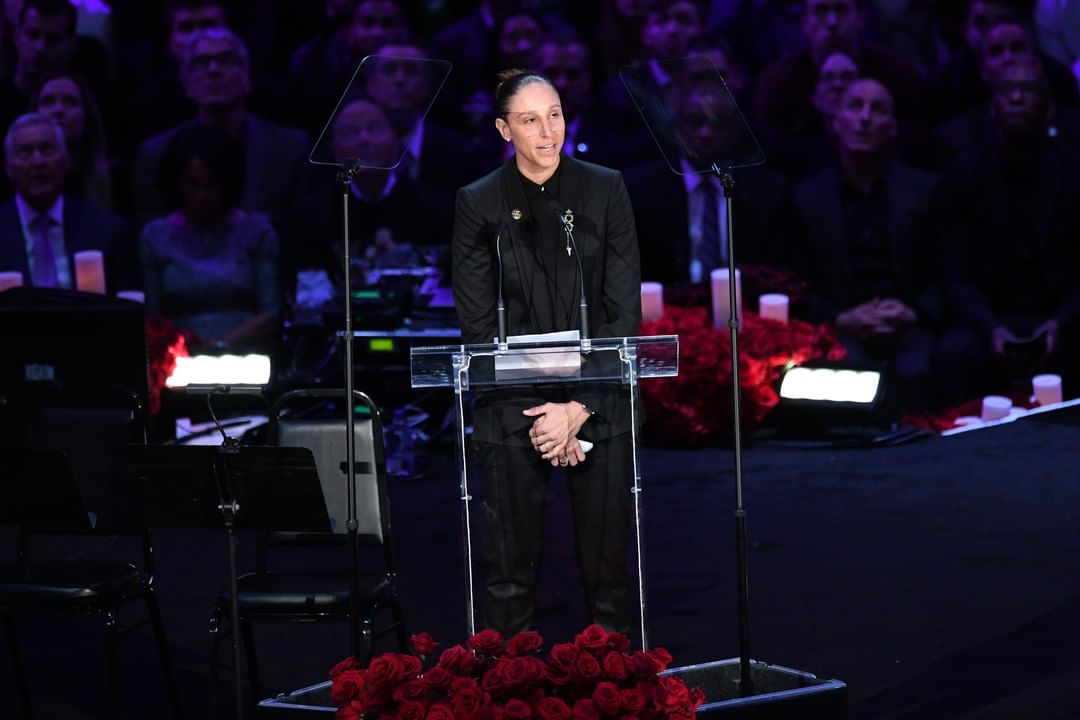 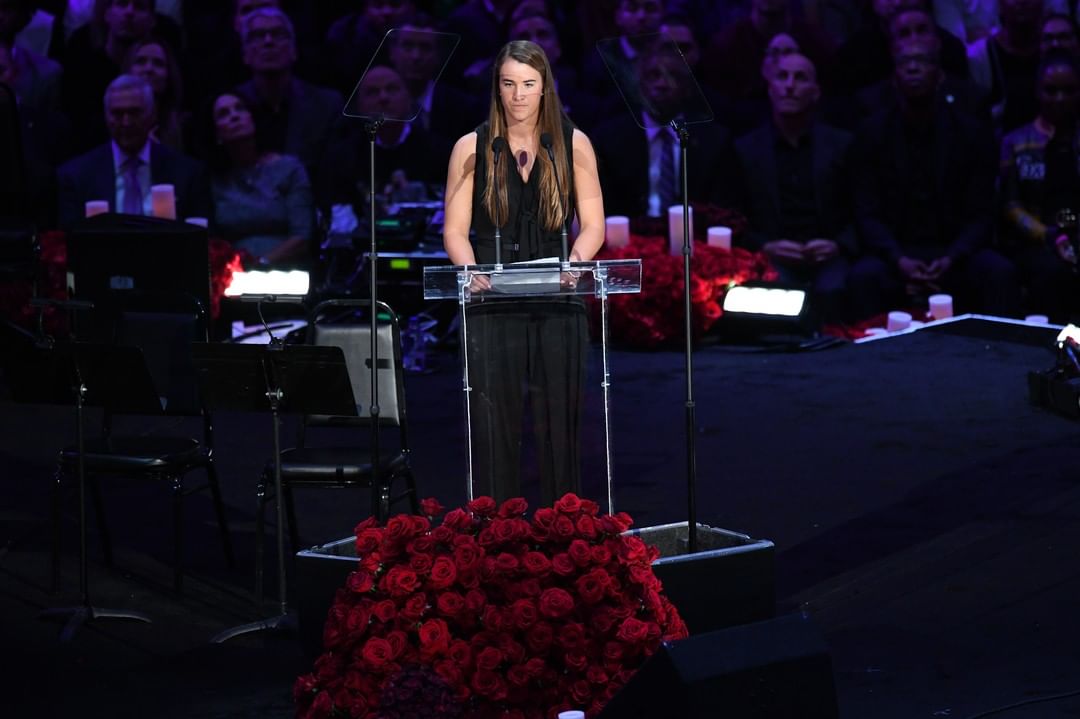 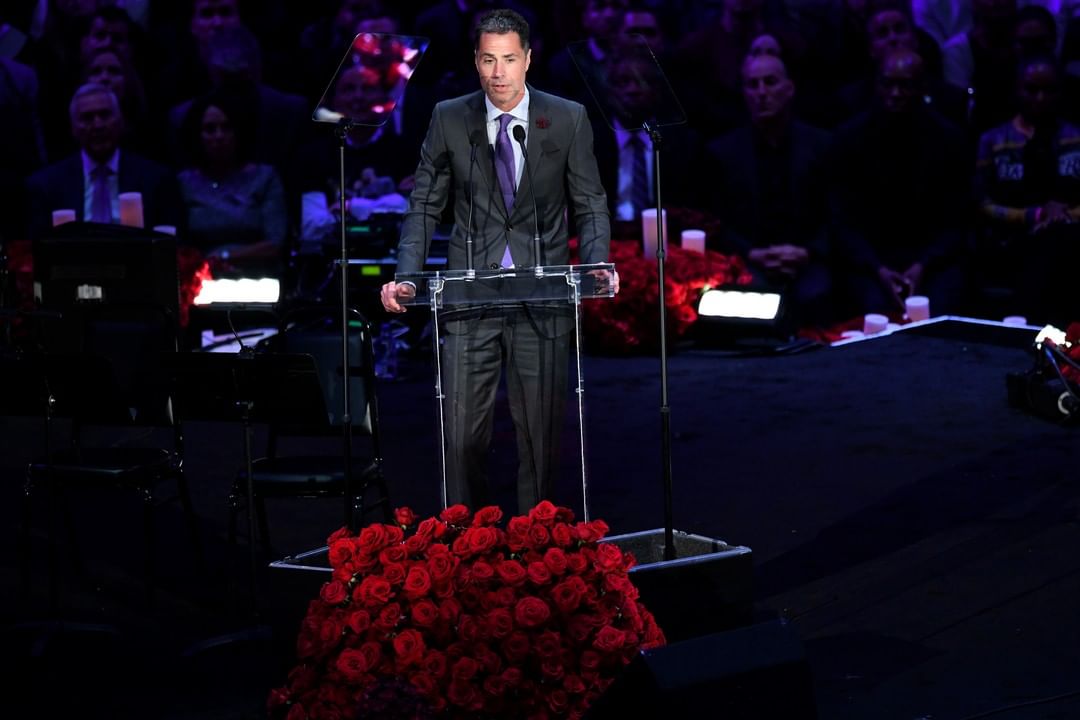 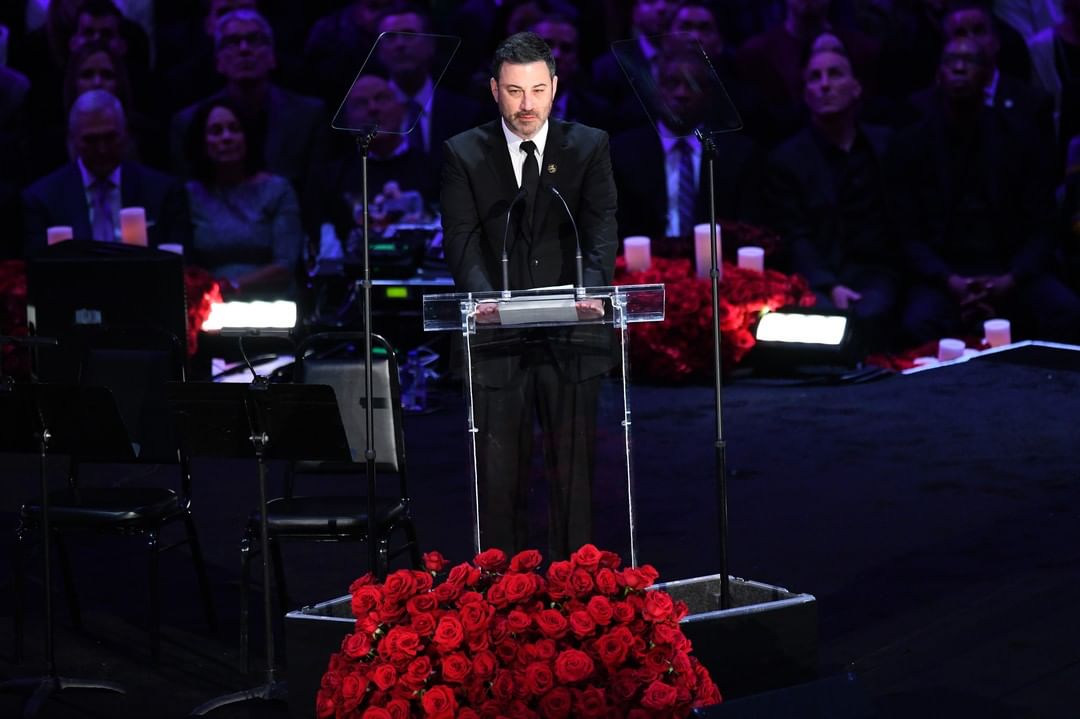 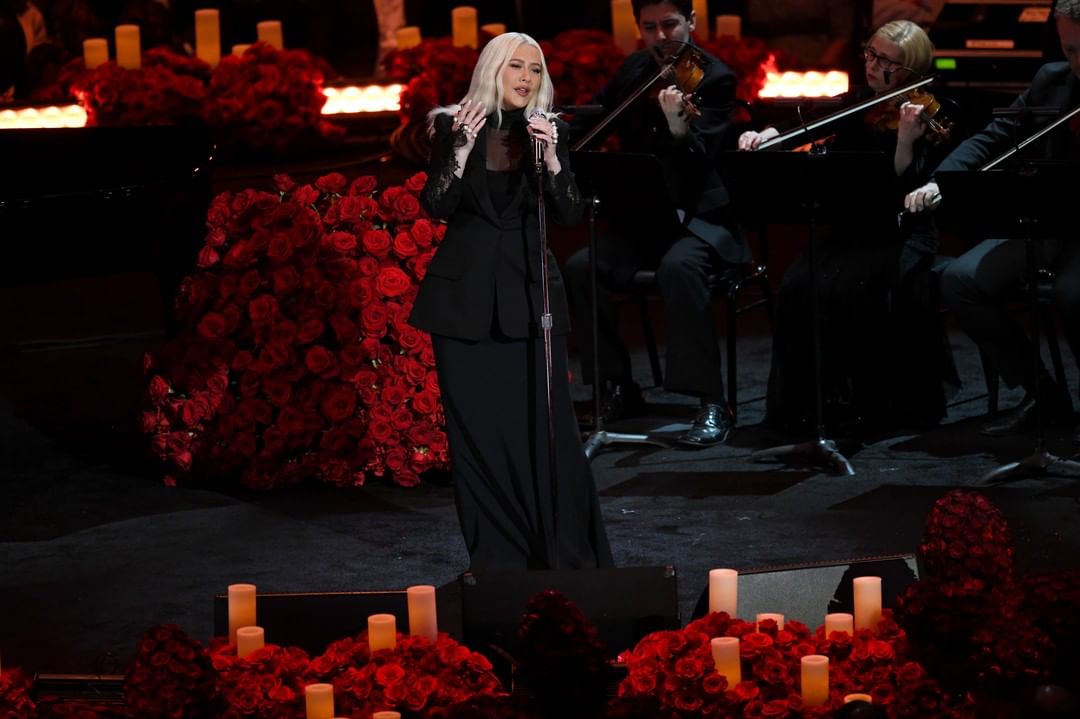