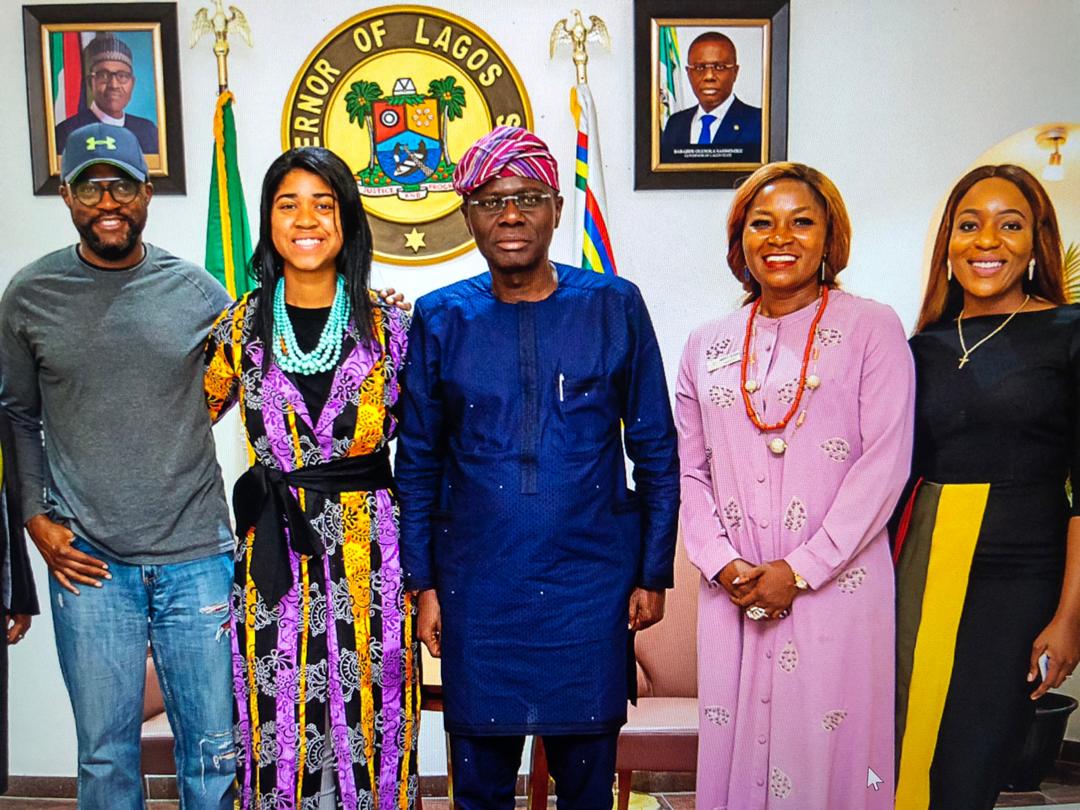 This feat was stated at a recent visit to the governor of Lagos State, Babajide Sanwo-Olu by officials of the company, led by the General Manager, Ufuoma Ilesanmi and founder Dususu foundation, Zuriel Oduwole and her father to seek his support on an upcoming project to source for creative arts materials for film production to be part of the educational curriculum.

Speaking at the visit, General Manager, Haven Homes, Ufuoma Ilesanmi, said that, the company is proud to be a big supporter of Zuriel Elise Oduwole, an advocate for the education of the girl child in Africa, one of the youngest filmmakers with up to seven productions in her name and also the youngest person to be profiled by The Forbes Magazine at the age of 10 years old. Zuriel has also had the privilege to meet and interview thirty-one sitting presidents on her journey so far.

“This young advocate/film producer has been such an inspiration and a fresh sensation in a world where young people are carried away by frivolities, hence the reason why we at Haven Homes are proud to be one of the many supporters of her ideas” Ilesanmi explained.

Are You Ready for the Hype Battle of the Year? Martell X AMVCA presents Jimi vs Dotun?