Which of The #BBNaija "Lockdown" Housemate is Dominating Google Search? 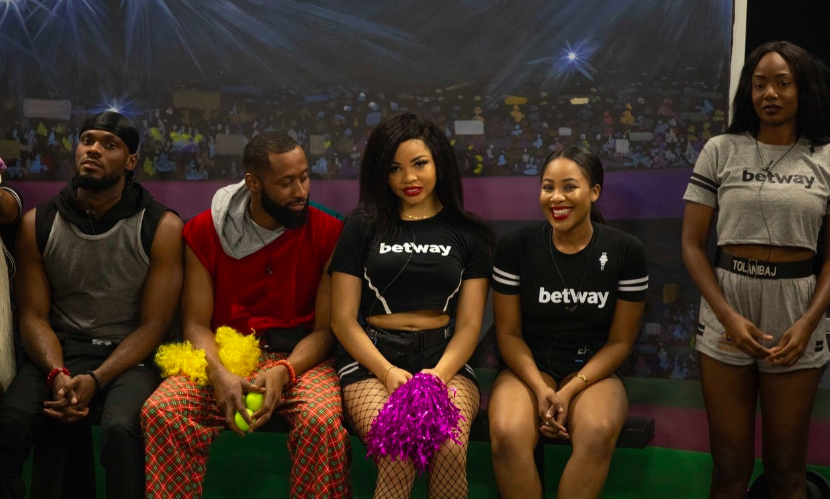 Now in its fifth season, Big Brother Naija is a TV juggernaut that shows no sign of slowing down. Interest in the show remains as high online as it is in general, but which contestants are dominating when it comes to online searches and do different regions have their own favourites?

Overall, Laycon, Nengi, and Erica have generated the most search interest, followed by Ka3na, Dorathy, and Kiddwaya. 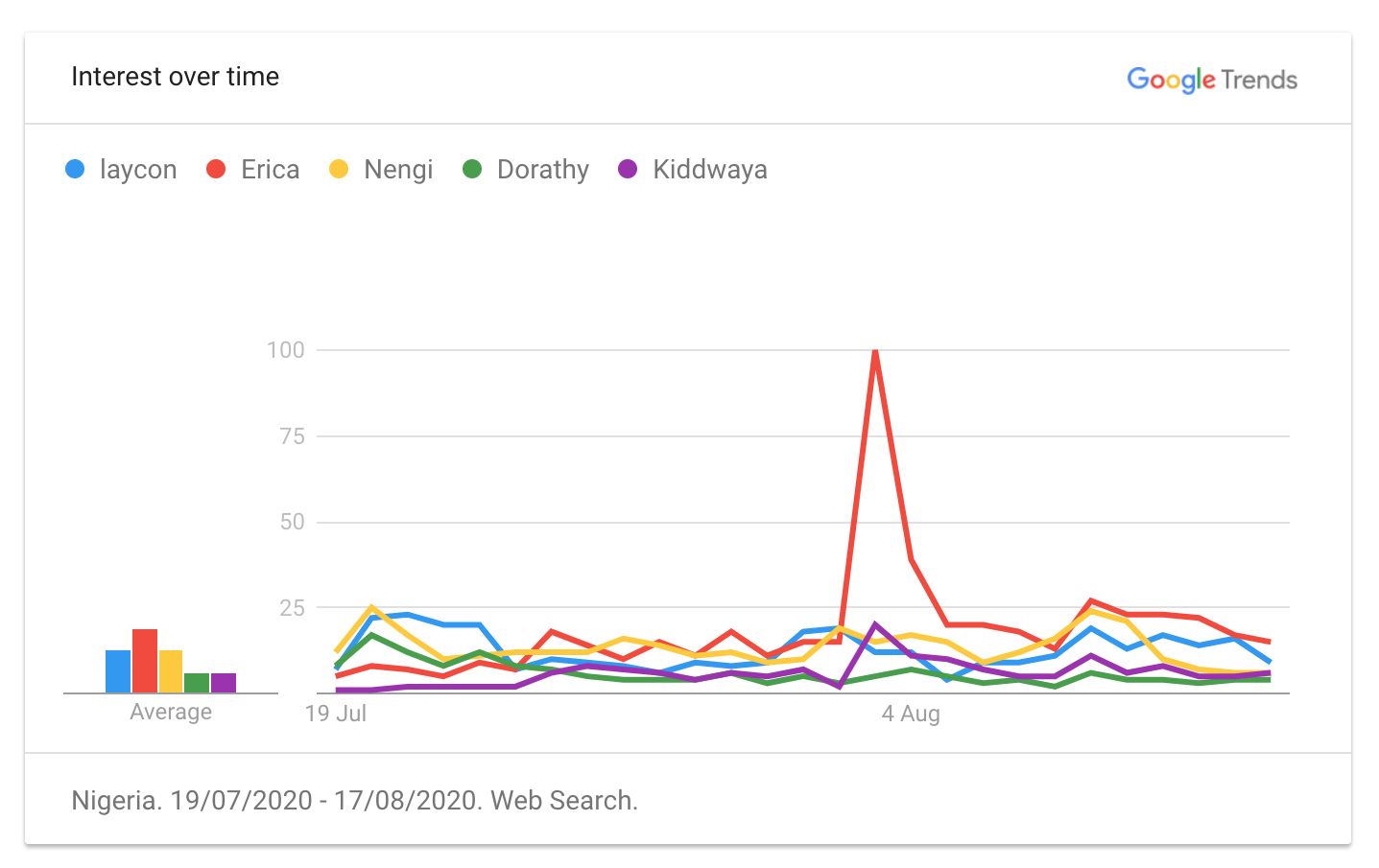 Already a hot commodity on the Nigerian music scene, Laycon’s appearance on Big Brother Naija has increased interest in his musical output, with “Laycon songs” the second most-searched term related to his name (after “Laycon” itself). The next most popular Laycon-related term is “Laycon BBNaija biography”, variations of which appear on all the contestants’ top searches.

One of the notable top searches when it comes to 22-year-old entrepreneur Nengi, meanwhile is “Nengi and Ozo”, following the pair’s on-screen romance. Similarly, the chemistry between 26-year-old actress and model Erica and self-employed Kiddwaya saw “Kiddwaya and Erica” emerge as one of her top search terms. 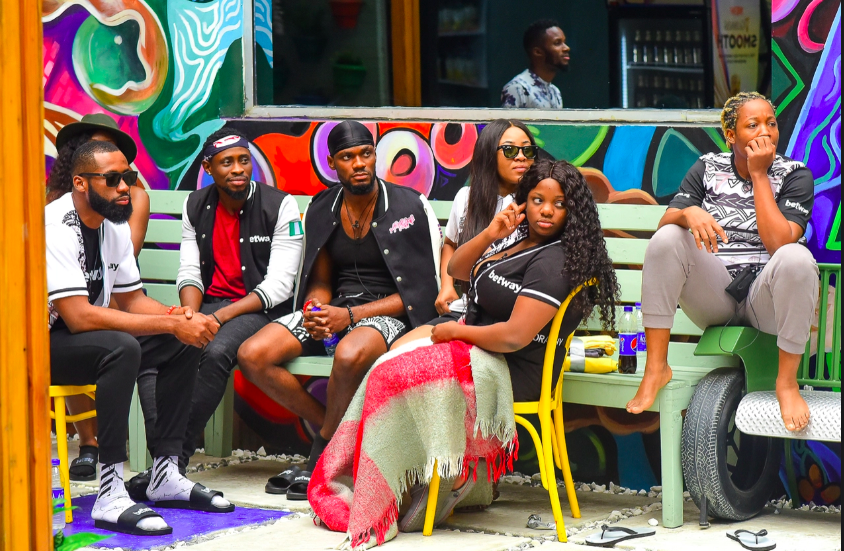 And while Laycon may have generated the most search traffic overall, Erica saw the biggest search spike. Given that Kiddwaya spiked at the same time, it’s likely that their ‘entanglement’ sparked this interest.

Regionally, Erica has drawn the most interest from Borno province and Lagos, while Laycon is a firm favourite in Adamawa, Taraba, and several other provinces. Dorathy rules Kwara and Nengi generates the most searches in Bayelsa and Edo. 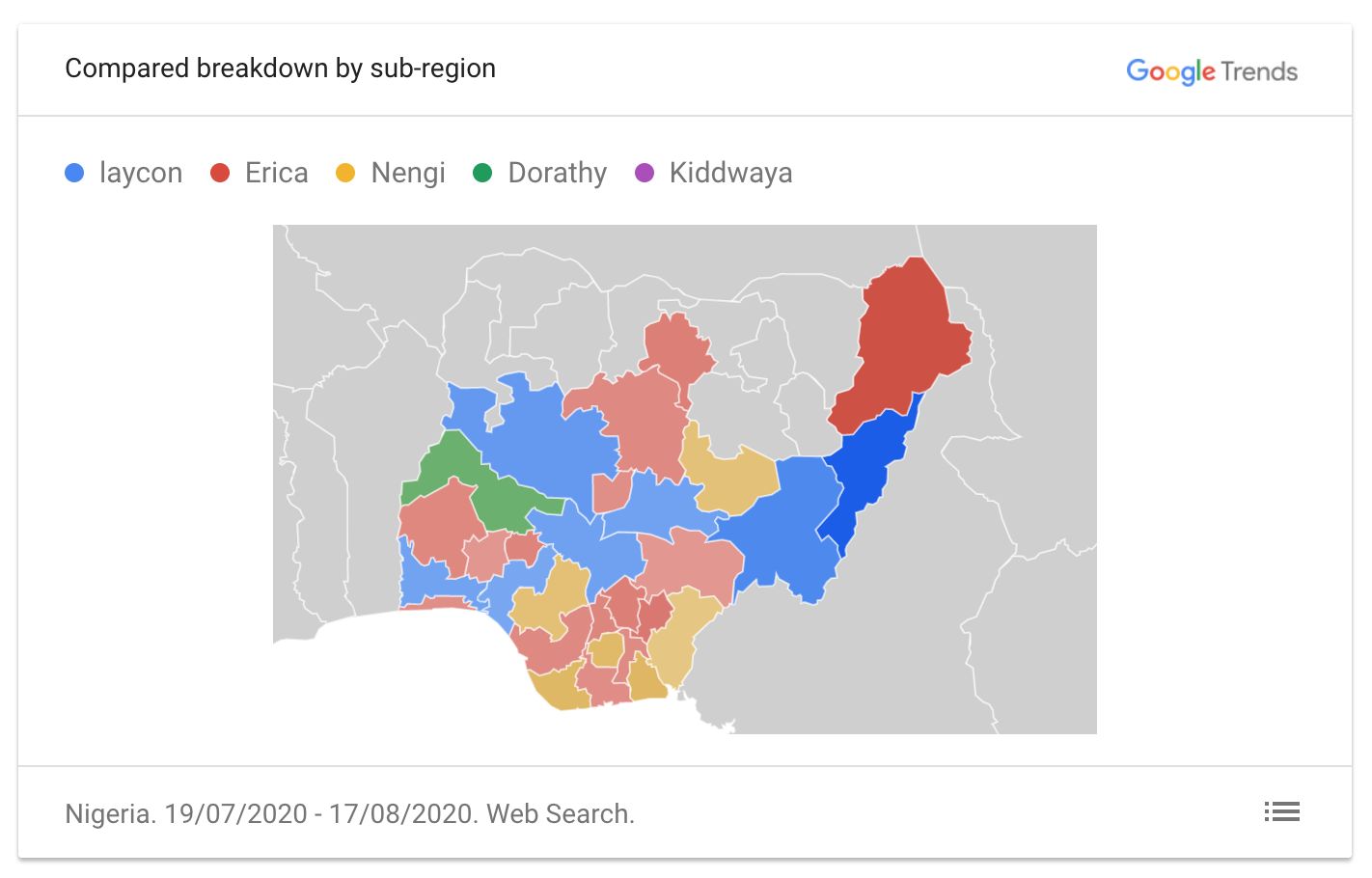 With several weeks still to go on the current season of Big Brother Naija, there’s bound to be plenty more drama, which will have a major impact on searches around the show. Be sure to keep an eye out for those developments.

Teyana Taylor Is Glowing & Getting Ready to Pop!