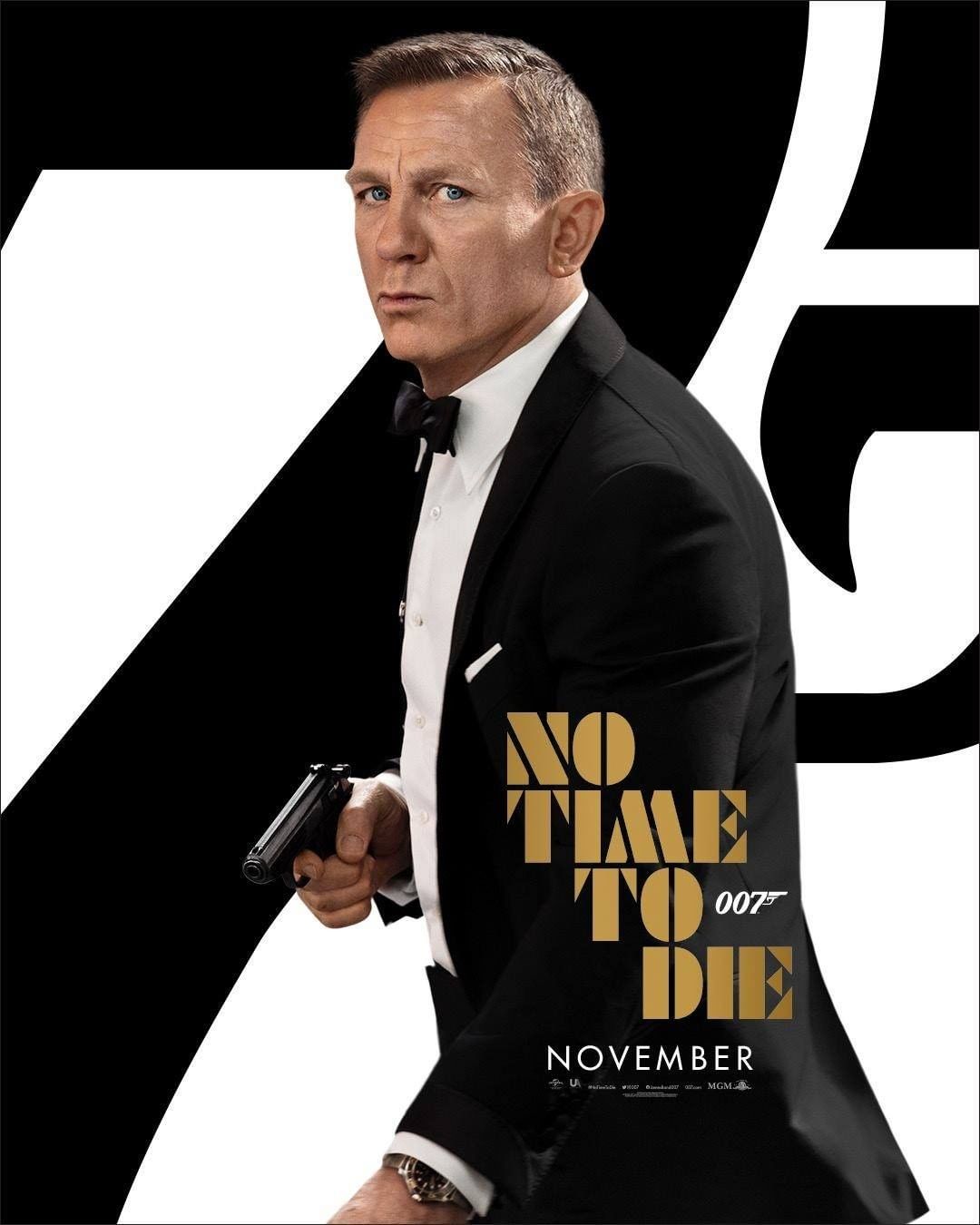 We may have had to wait a little longer than we liked, but we are getting the much-awaited James Bond film this year. Ahead of the release, a new poster of the 25th instalment in the James Bond film series “No Time to Die” featuring Daniel Craig has been revealed.

Check out the first trailer.

The poster shows Craig don the suave spy look. The poster was released on Instagram, with the caption, “Man on a mission. Check out the new poster for #NoTimeToDie, in cinemas this November. New trailer coming this Thursday.”

Man on a mission. Check out the new poster for #NoTimeToDie, in cinemas this November. New trailer coming this Thursday.

The synopsis for the upcoming film reads:

In No Time To Die, Bond has left active service and is enjoying a tranquil life in Jamaica. His peace is short-lived when his old friend Felix Leiter from the CIA turns up asking for help. The mission to rescue a kidnapped scientist turns out to be far more treacherous than expected, leading Bond onto the trail of a mysterious villain armed with dangerous new technology.

With Cary Fukunaga as the director, “No Time To Die” is scheduled for a November 12 release in the UK, with the United States following on 20 November. The next trailer for the movie drops on Thursday.
Related Topics:Cary FukunagaDaniel CraigJame BondNo Time To Die
Up Next