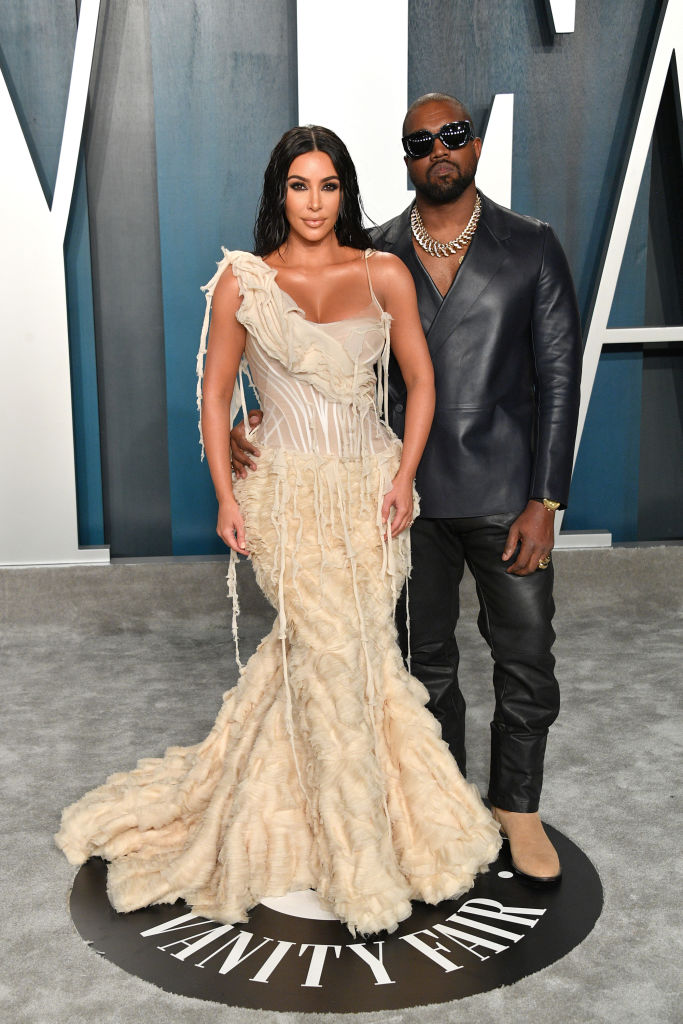 By now you’ve heard the news that reality star and beauty entrepreneur, Kim Kardashian and her husband of seven years, Kanye West, are calling it quits.

News broke in January that the couple, who became engaged on October 21, Kardashian’s 33rd birthday, were amicably going their separate ways. Kim was reportedly working with a top divorce attorney, Laura Wasser. As at that time, Kim was yet to file for the divorce, and now the report says it’s official.

According to TMZ, Kim Kardashian and Kanye West are splitting amicably and they’ve civilly agreed to part ways. Neither party has yet to address the news of their separation publicly.

During their 7 year marriage, the couple welcomed four children together, daughter North born in 2013, a son Saint, who was born in 2015, daughter Chicago born in 2018 and son Psalm born in 2019. TMZ reports that Kim has asked the courts for joint legal and physical custody of the 4 kids.

“Kim is asking for joint legal and physical custody of the couple’s 4 kids. Sources with direct knowledge tell TMZ Kanye is fine with the joint custody arrangement, and we’re told both Kim and Ye are committed to co-parenting together.”

It appears that the couple signed a prenuptial agreement. A source tells TMZ that they are already far along in reaching a property settlement agreement.

Recently, Page Six reported that Kim is “trying to get Kanye to turn over the Calabasas house to her because that’s where the kids are based and growing up. That is their home. She owns all the land and adjoining lots around the house but Kanye owns the actual house. They’ve both put a lot of money into renovating it.”

Kim and Kanye tied the knot in 2014 after being friends for a long time. Kanye’s health reportedly put a strain on their relationship according to Page Six.

The rapper has been in the news over the years for his struggle with bipolar disorder and Kim has supported him through it. But a source tells Page Six that Kim has “grown up a lot” and is more serious about the divorce this time.”

She is serious about taking the bar exam and becoming a lawyer, she is serious about her prison reform campaign. Meanwhile, Kanye is talking about running for president and saying other crazy s–t, and she’s just had enough of it.”

Ifu Ennada is Living Her Best Life in the Maldives?