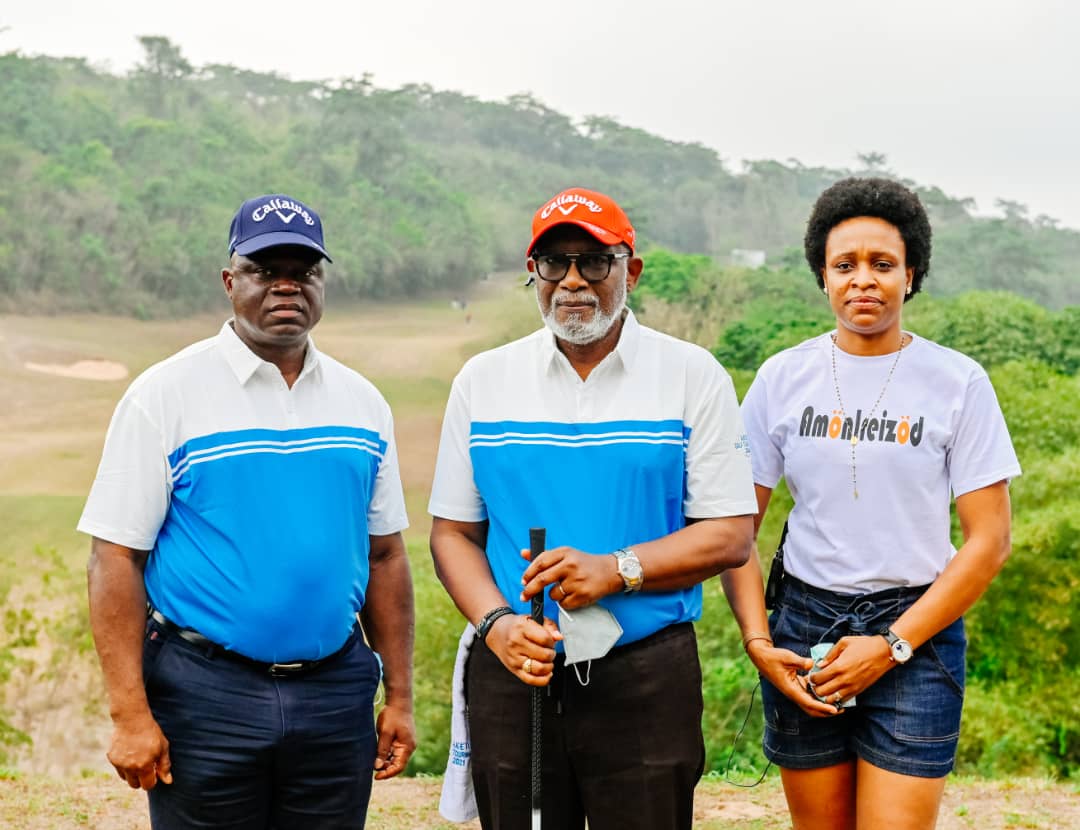 Though sworn on February 24th amidst pomp and fanfare, the activities marking the second term inauguration of the Ondo State Governor, Oluwarotimi Akeredolu came to an end over the weekend with a golf tournament organized and fully sponsored by some individuals known as “friends of Aketi”.
The event, tagged “Aketi Second Term Inauguration Golf Tournament”, held Saturday, March 6th, 2021 at the Smoking Hills and Resort, Ilaramokin, Ifedore Local Government Area of the state, was attended by many bigwigs and 10 golf clubs across the nations of Nigeria. 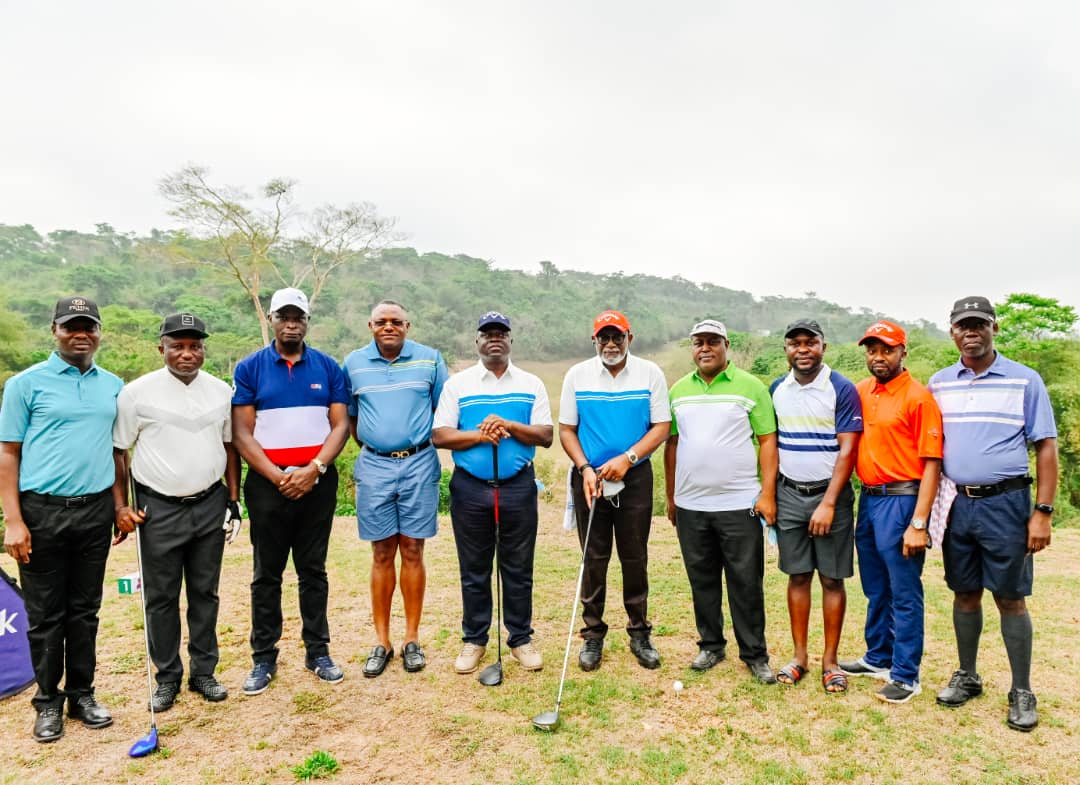 Speaking while teeing off at the flag-off of the tournament, Akeredolu said the Ilaramokin Golf Resort, owned by the Chairman of Elizade Group of Companies, Chief Micheal Ade-Ojo is of great importance to the state because sports will be meaningfully and purposefully used to develop the state, especially the younger generation, in his second term.
He explained that his administration has achieved a lot in terms of creating landmark infrastructural projects which has changed the architectural landscape and economic development of the State but now other sectors such as sport will get more attention.
“Let me reiterate the desire of this administration to ensure adequate repositioning of the Sports sector in the State to ensure proper and productive engagement of younger generation. This administration understands the importance of the youths as they are critical and vital to nation-building, I am more than determined to ensure that they are given all the necessary and much-needed platform to discover themselves and make themselves useful for society.’ 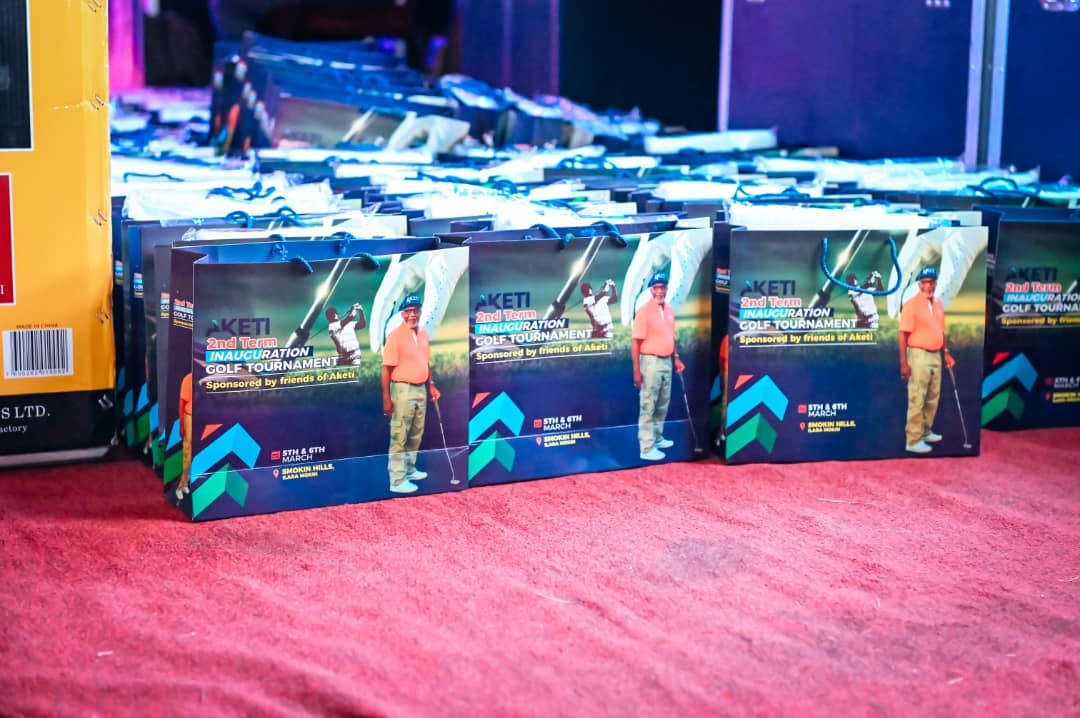 “To be very clear and explicit, the Game of Golf is one of the fastest-growing games in the world, we are delighted to witness tremendous growth in Golf in Ondo State over the last few years, there are numerous economic benefits that come with the game and we are poised to leverage on this to boast the economic lot of the State. People focus on footballers alone whereas most other sports players are richer than footballers. Tiger Woods is worth $900 Million, Arnold Palmer is worth $700million, Greg Norman’s worth is $500miilion.’ 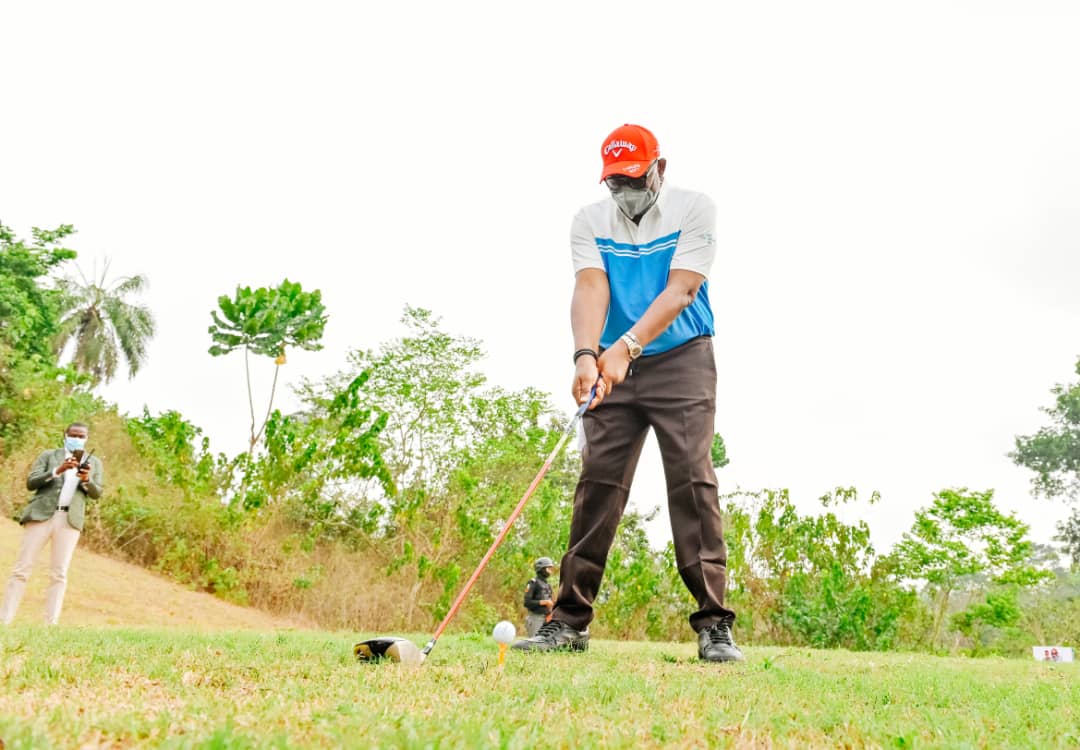 Akeredolu playing gold at the Tournament

“The people of Sagamu in Ogun State are proud of Anthony Joshua even though he grew up in the United Kingdom but he is their son. By the grace of God, and with the support of all my friends who organized this event at no cost to the state government, Ondo State will produce a Tiger Wood very soon.” He said

In his opening remarks, the chairman of the Aketi 2021 Golf Tournament, Rear Admiral Sanmi Alade (Rtd) stated that the tournament wouldn’t have been held but for the proactive approach of the Governor in fighting Crimes in the state.  Alade who described the Akeredolu as a fearless and honest man said he possessed rare qualities which have made him a rallying point for the progressives.
“Aketi has become a phenomenon. He’s fearless and honest. It’s a rare quality. He’s a rallying point for the Progressives. He represents the hope of many Nigerians”
The captain of the Smoking Hills Golf course, Engr. Gboye Adegbenro said Governor Akeredolu is piloting the affairs of the state to a greater height.
Prominent Golf Clubs in Nigeria at the event include the IBB Golf Club, Abuja; Ibadan Golf Club; Ikeja Golf Club; Ikoyi Golf Club; Ilorin Golf Club, and Ekiti Golf Club. Gold clubs within Ondo State who witnessed the event were Nibalola Golf Club, Ondo, Cross Creek Club, Akure, and the host, Smokin Hills and Golf Resorts, Ilara-Mokin.
Olalere Olakunle, a student of Elizade University, Ilaramokin was awarded the overall winner of the Akeredolu Second Term Inauguration Golf  Tournament.
Other dignitaries at the event included the Deputy Governor, Hon. Lucky Aiyedatiwa, Chief of Staff, Chief Olugbenga Ale, and the Events Planner and CEO of Amonireizod Events, Ifeoma Okeke, among others. 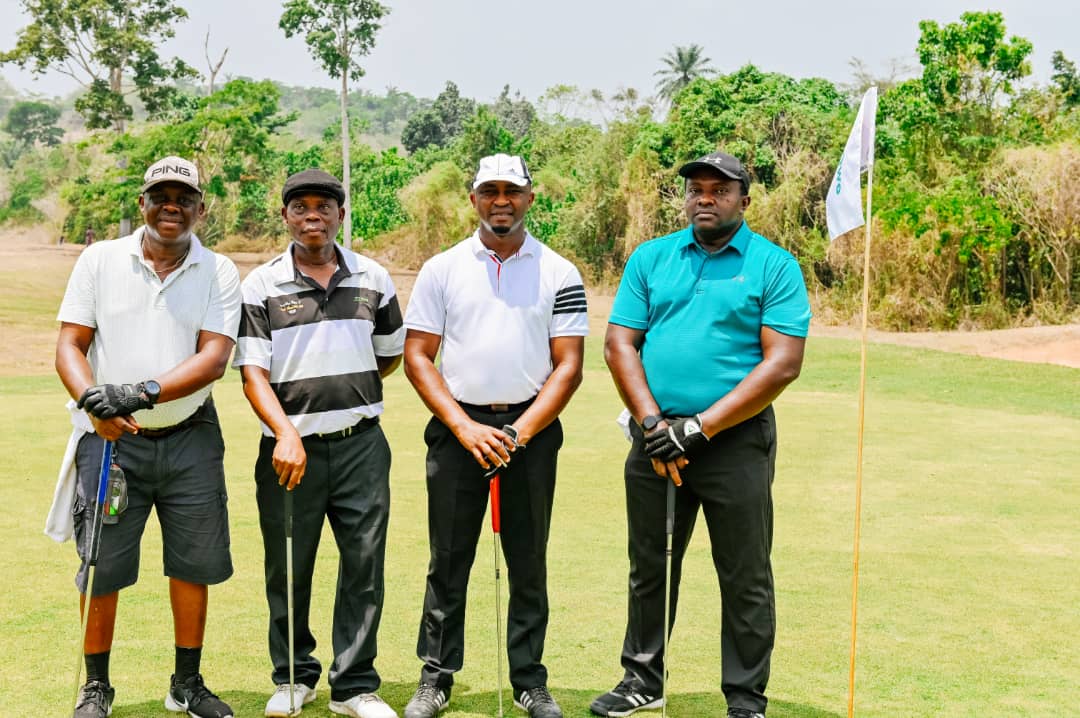 A cross-section of golfers at the tournament 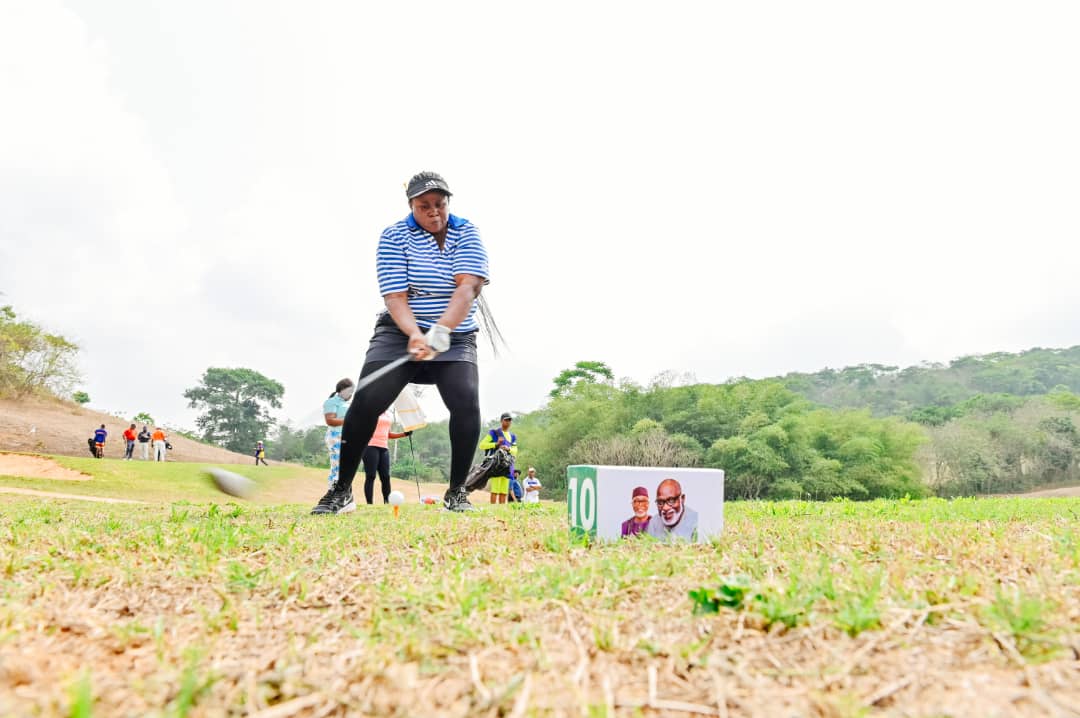 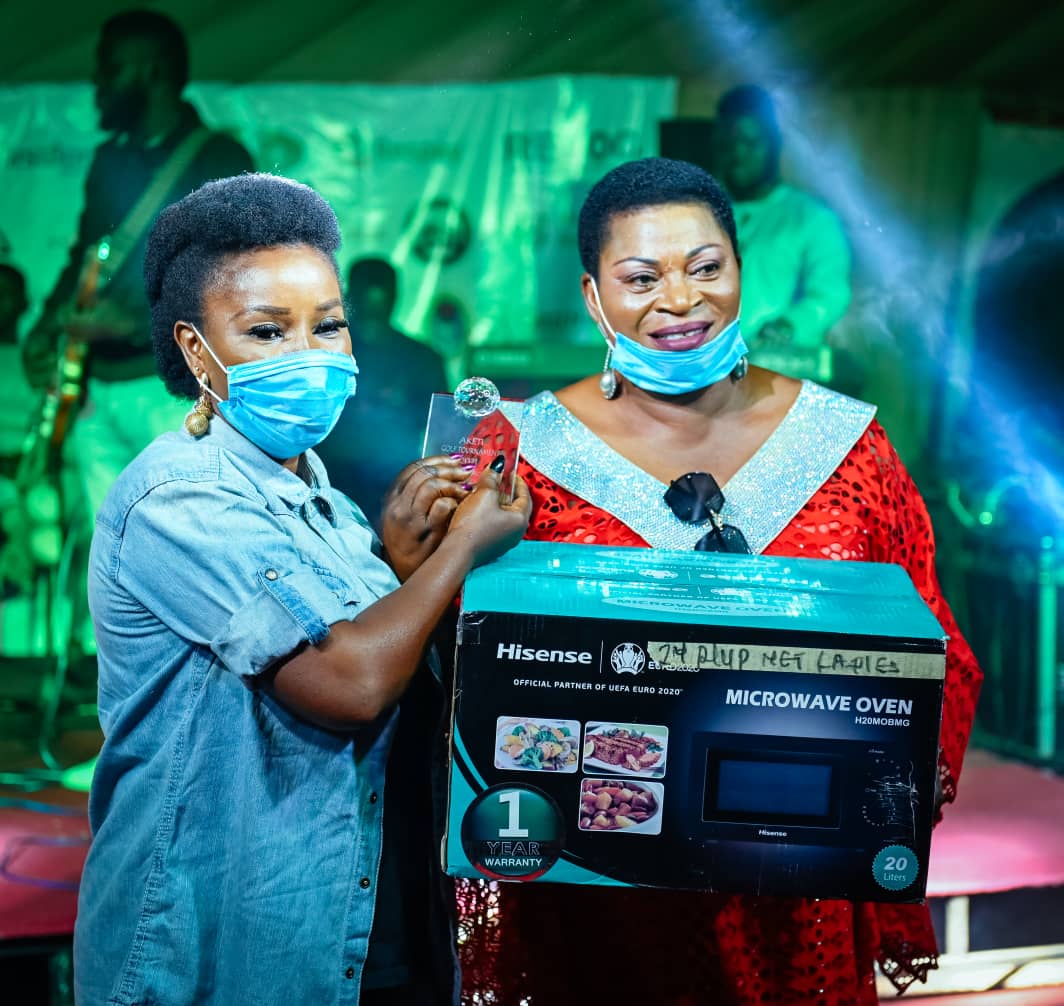 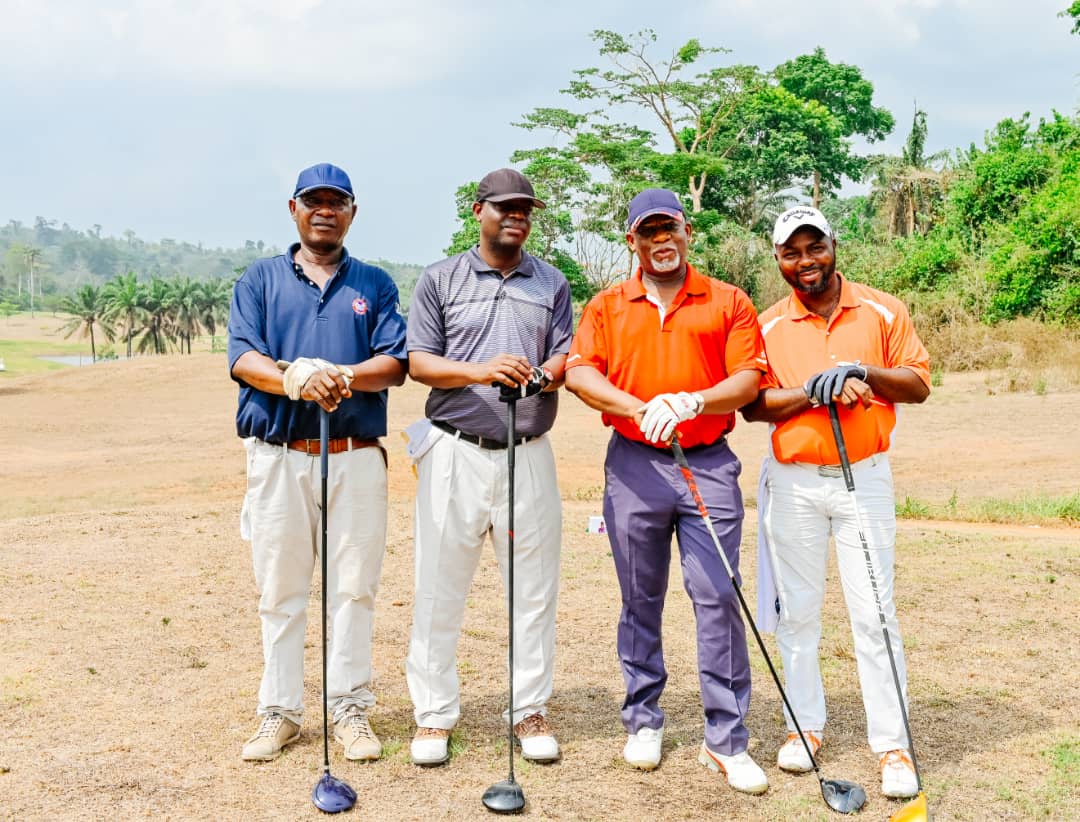 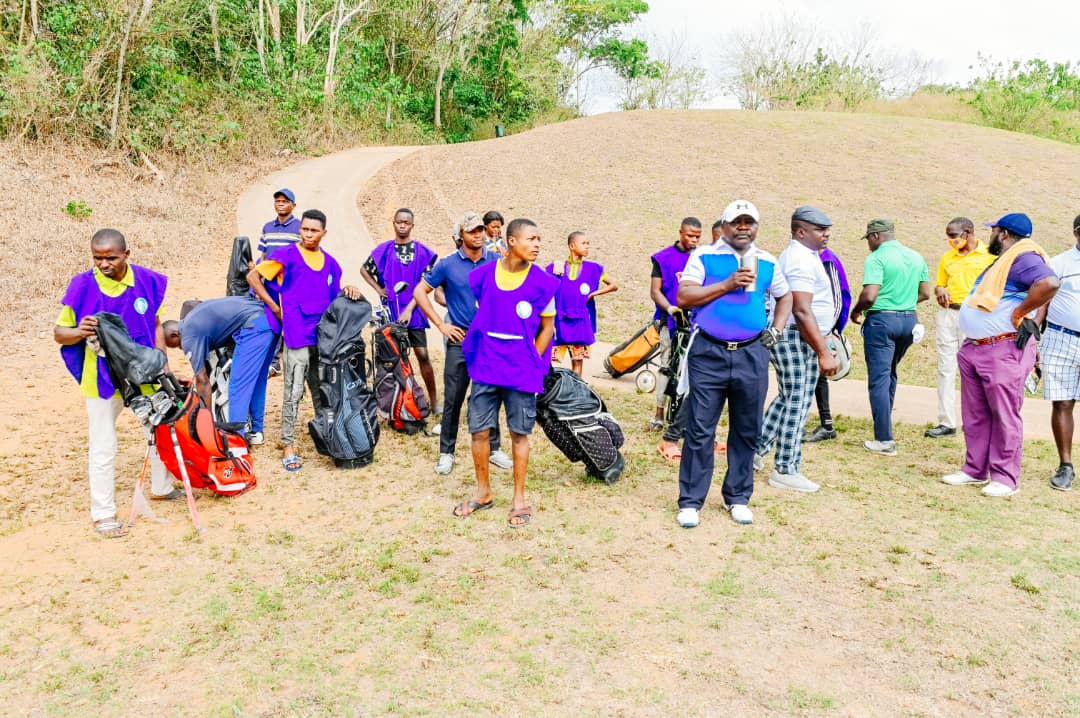