Over the weekend Mavin Records First Lady, Tiwa Savage, paid a visit to The House Group, an orphanage located in Hillbrow – one of Johannesburg’s most densely populated areas known for its high levels of unemployment, poverty and crime.

Founded in 1990, The House Group is an organization with several shelters and programs aimed at retrieving and rehabilitating female victims of child trafficking and sexual exploitation.

Tiwa, recently became goodwill ambassador for the ‘Orphanage Africa’, a campaign across Africa which supports orphanages in need of help rebuilding and refurbishing its facilities.

She visited the center to create awareness for the ‘Stop Child Trafficking’ campaign. She was accompanied by the South African Minister of Home Affairs, His Honourable Malusi Gigaba who, for long, has been in the forefront of fighting against child trafficking and human smuggling.

Tiwa started her visit at The House Group orphanage by leading a short prayer and spent the afternoon not only understanding the works of the center but listening to the various stories each victim told of their experience being trafficked across Africa. 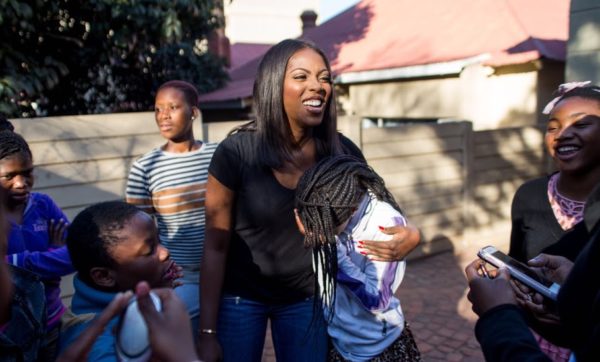 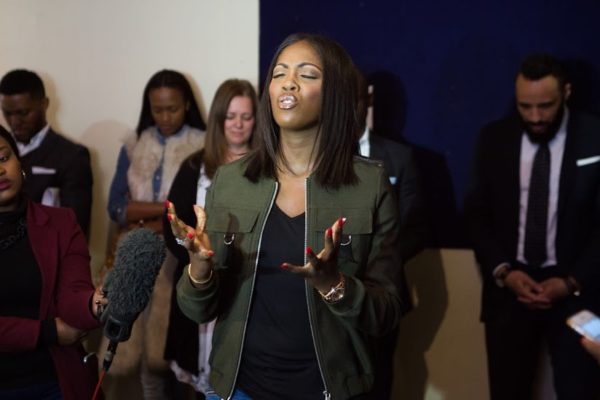 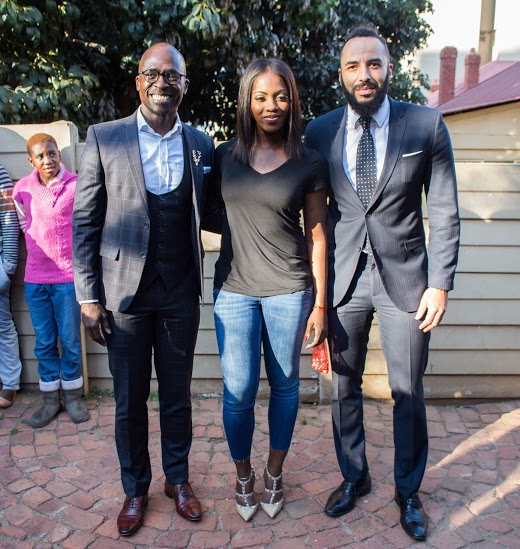 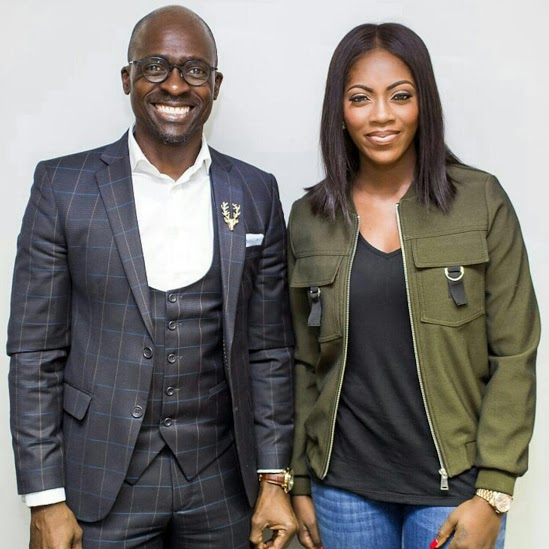 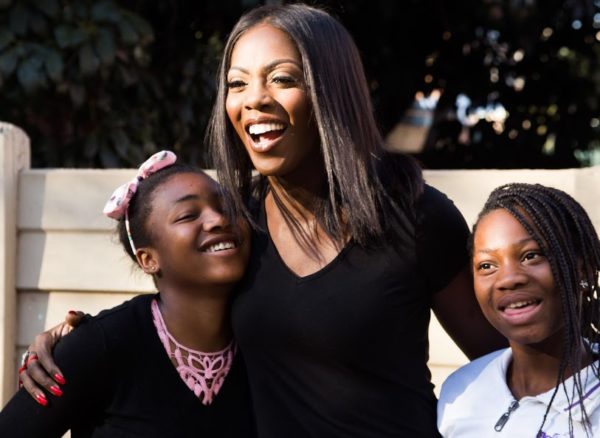 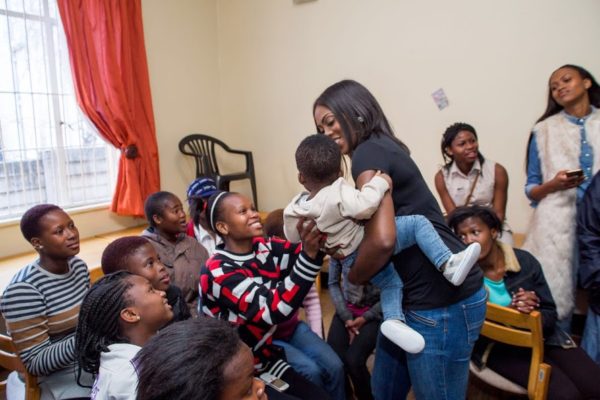