The #BBNaija Pepper Dem reunion show is officially on!

The show started last night, Monday, June 1 and is expected to air every day until Thursday, June 4. 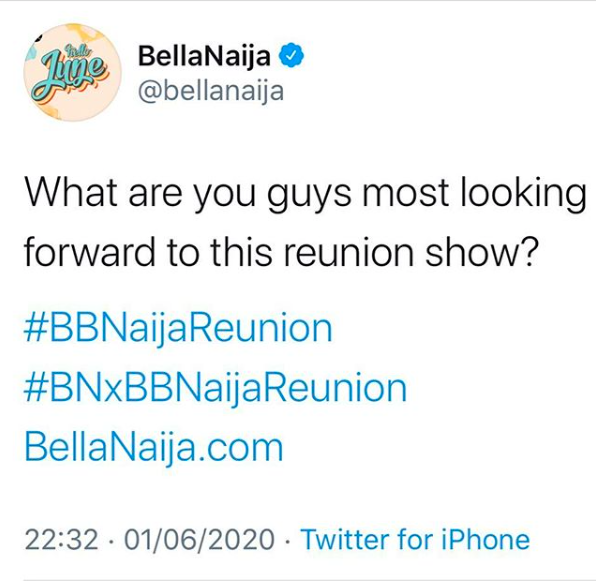 The first 1-hour show took us back into all the drama in the house with food fights, stolen BBNaija coins, the love, arena games, the tears, the parties and more. It was good seeing all our favorite housemates back on the screen… the memories just came rushing back.

This was a teaser of all the drama we can expect in the next 3 episodes of the reunion show.

One important detail about this year’s reunion show is that the housemates will not all be in the studio, so as to practice social distancing. There will be some housemates in the studio while others will connect digitally, with video calls. 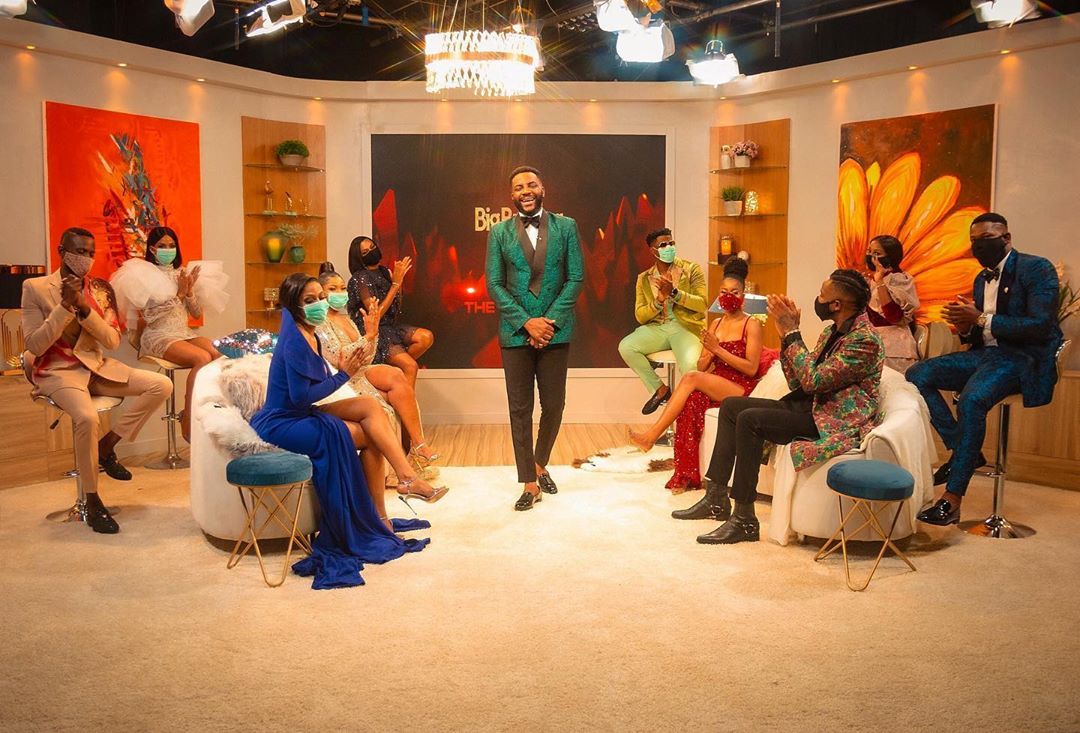 Among the first ten housemates in the studio were Seyi, Kim Oprah, Ike, Frodd, Omashola, Mercy, Tacha, and Venita. 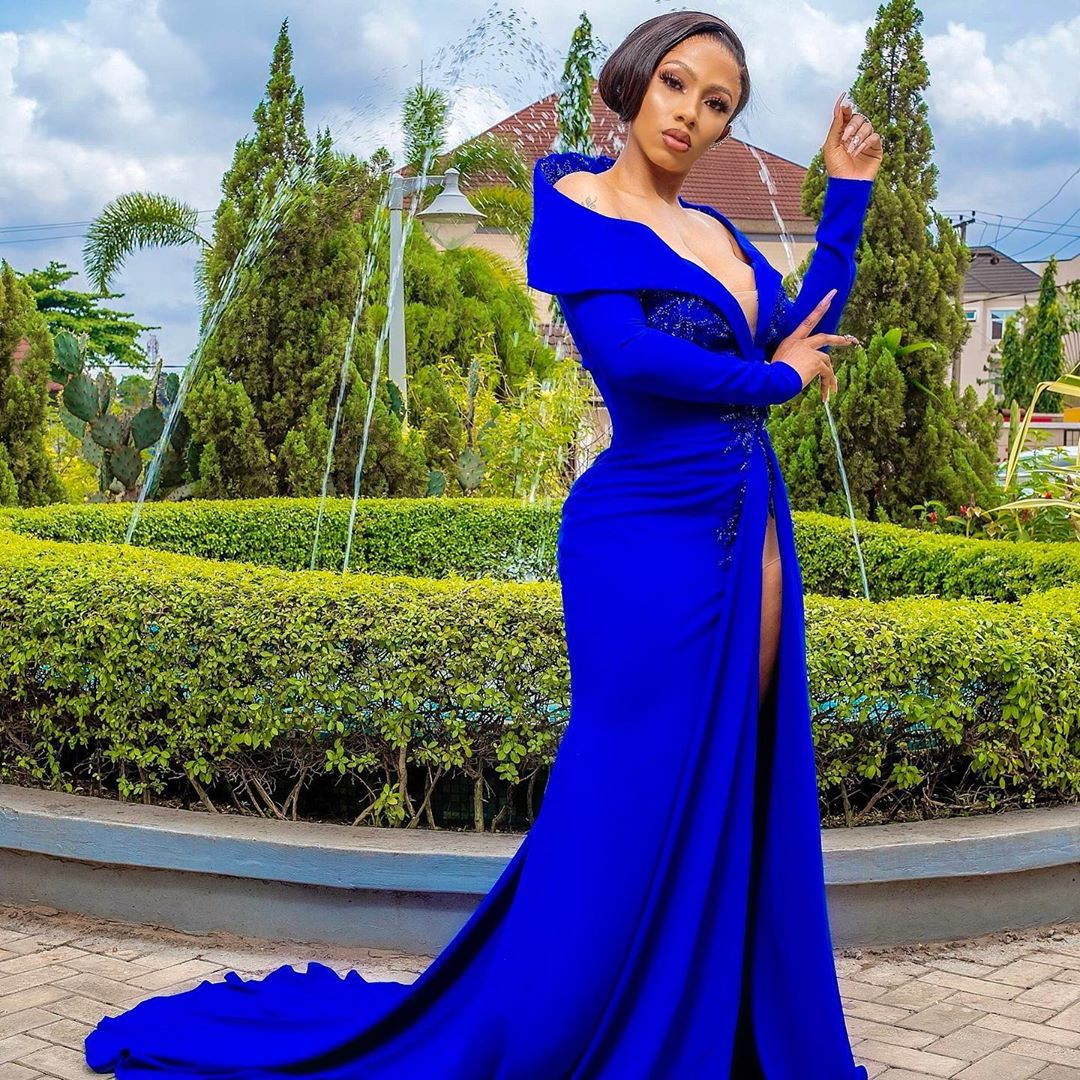 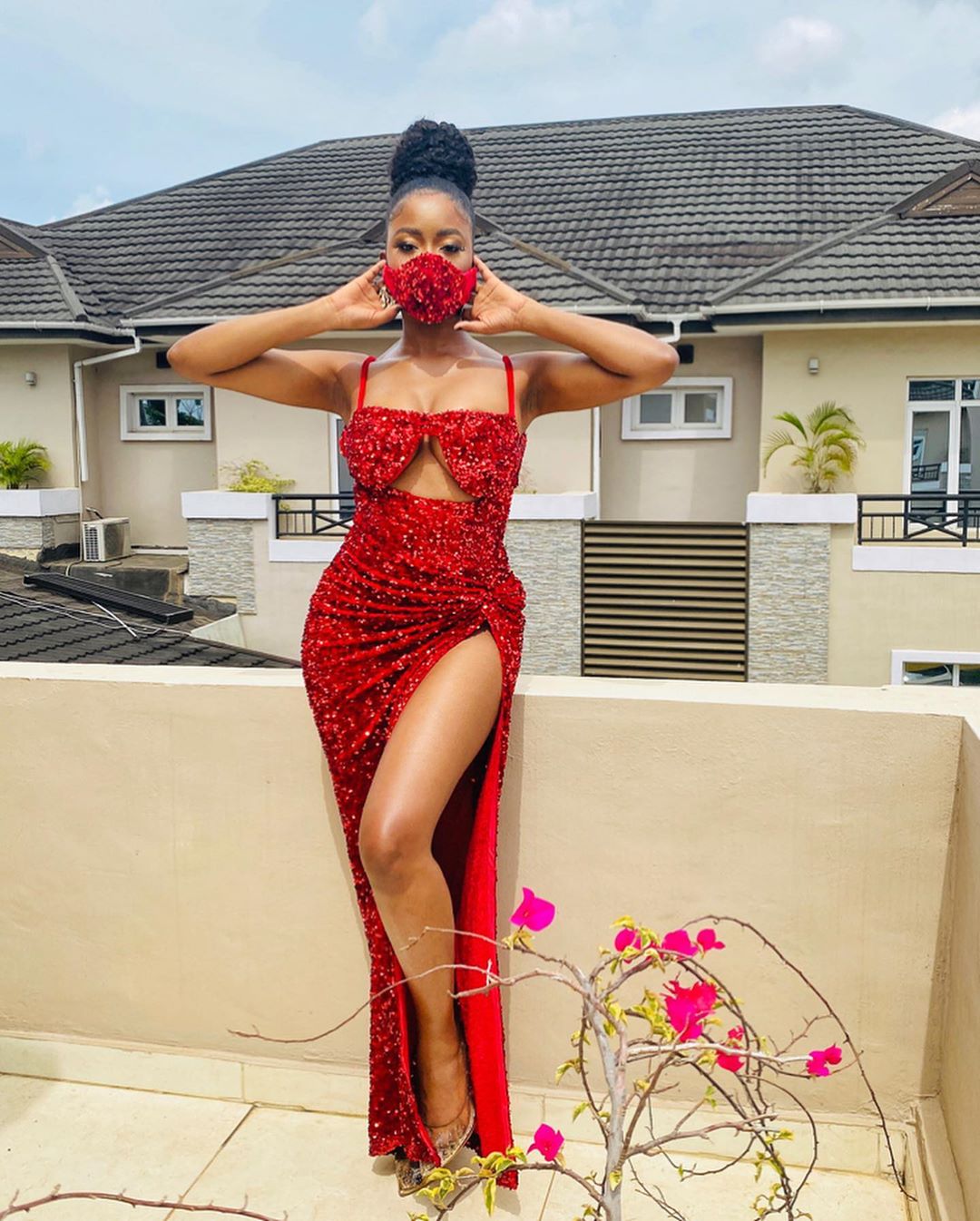 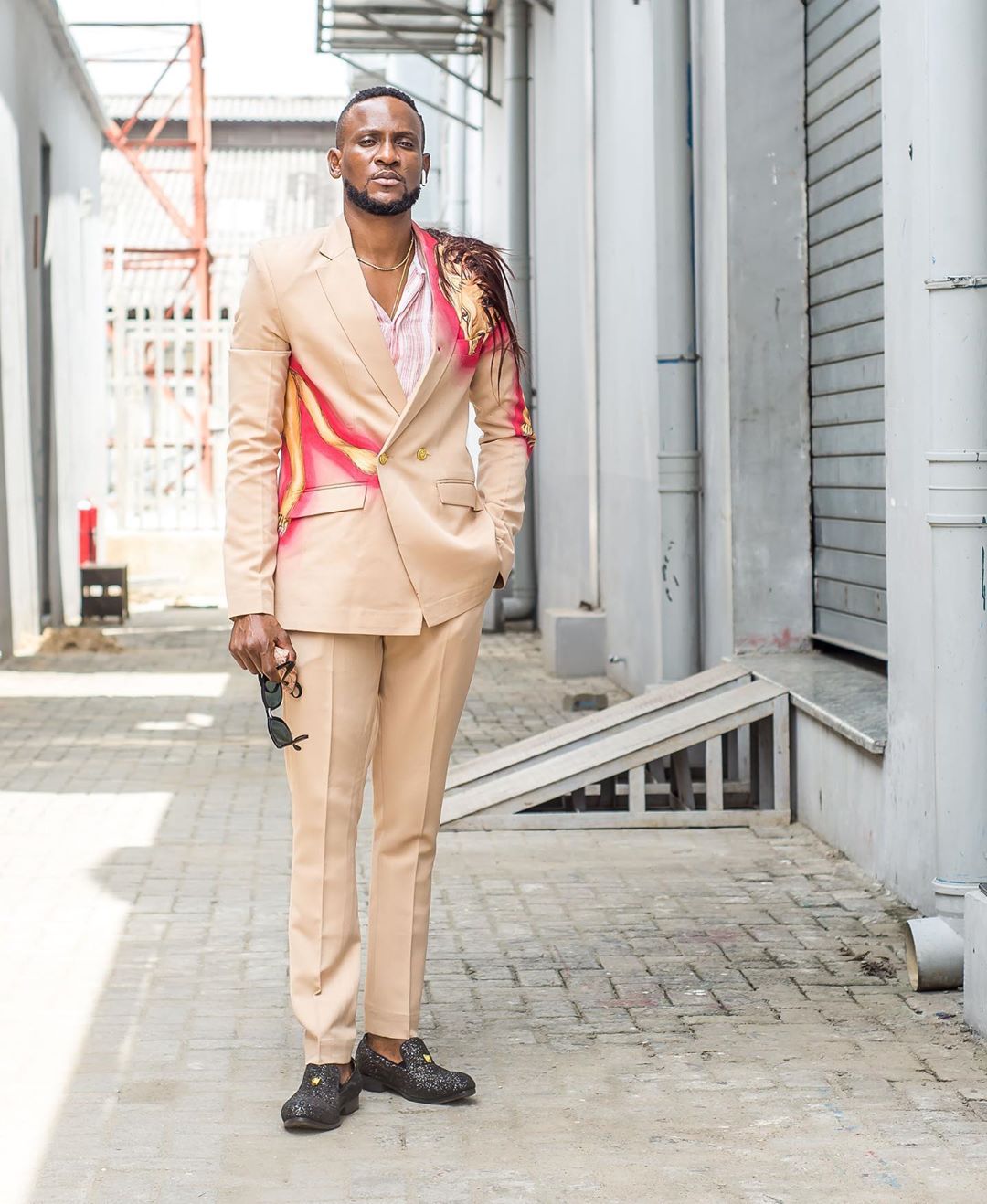 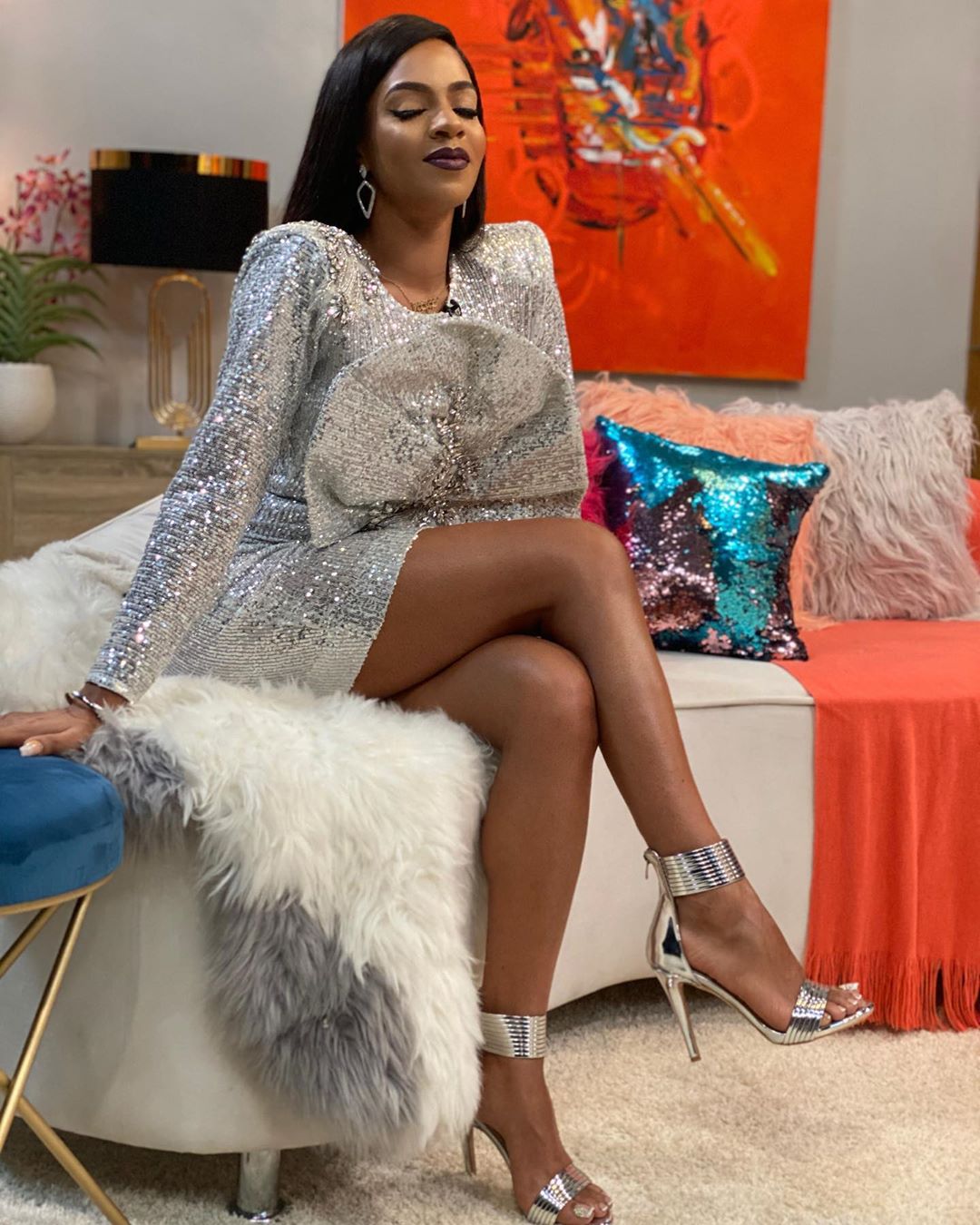 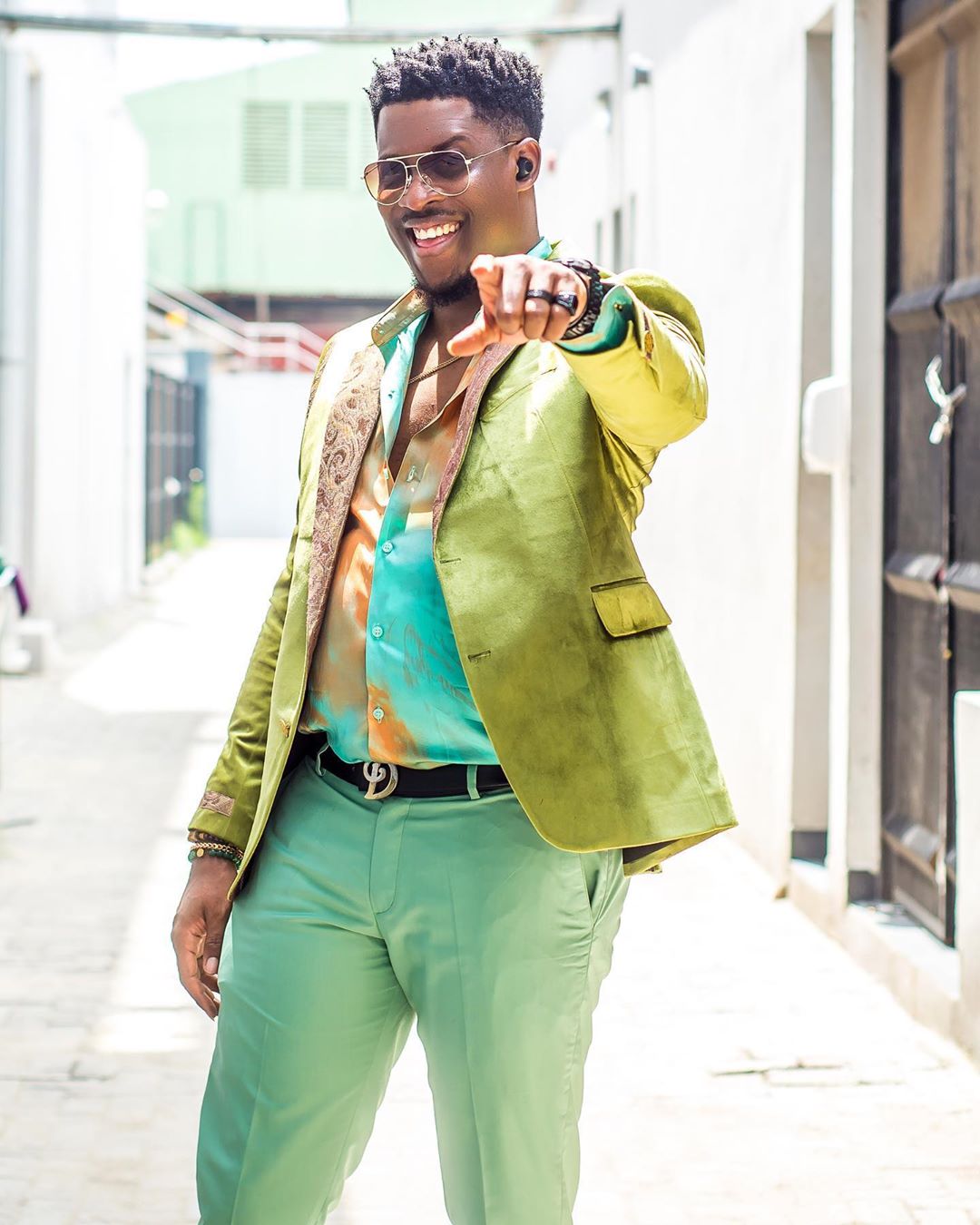 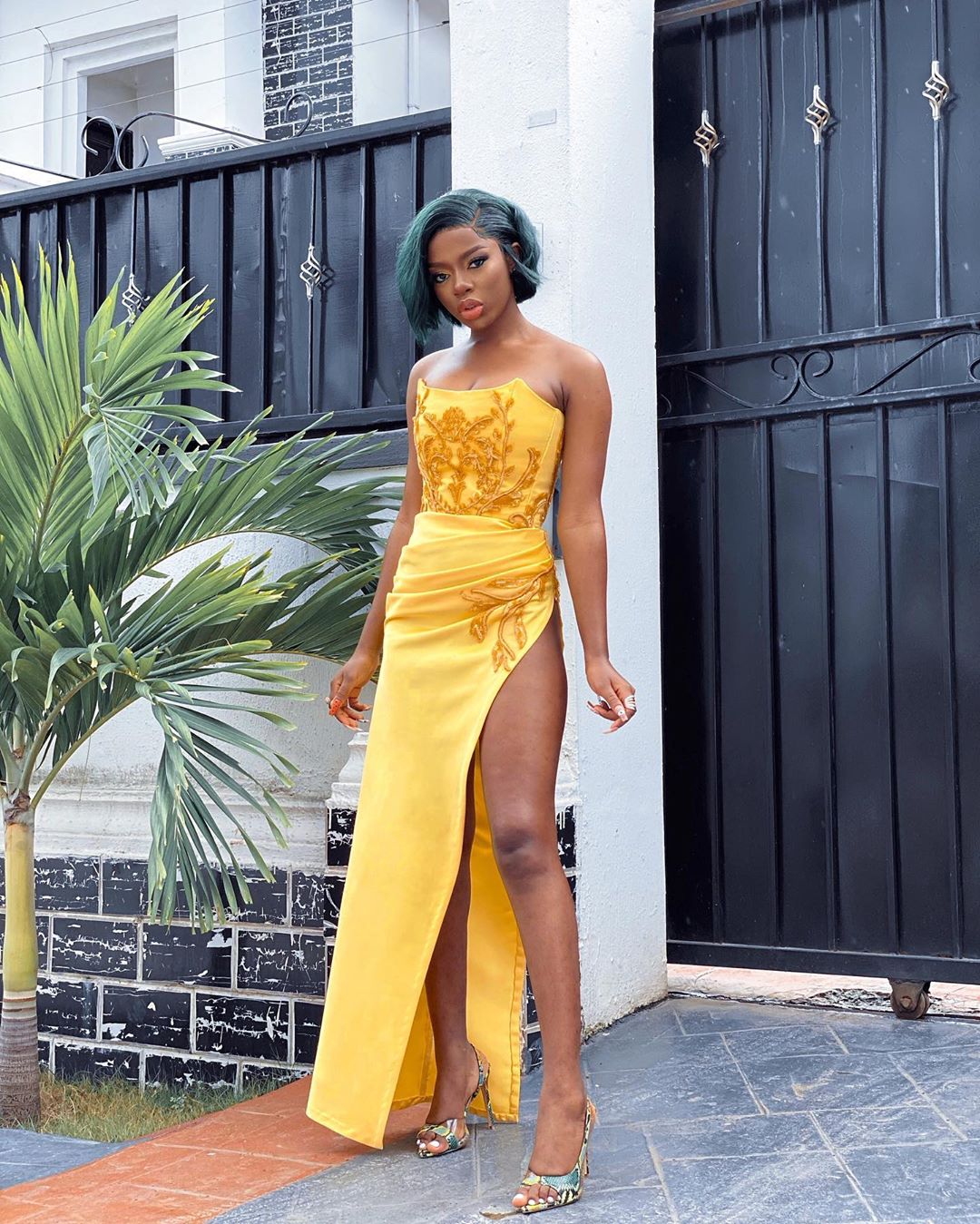 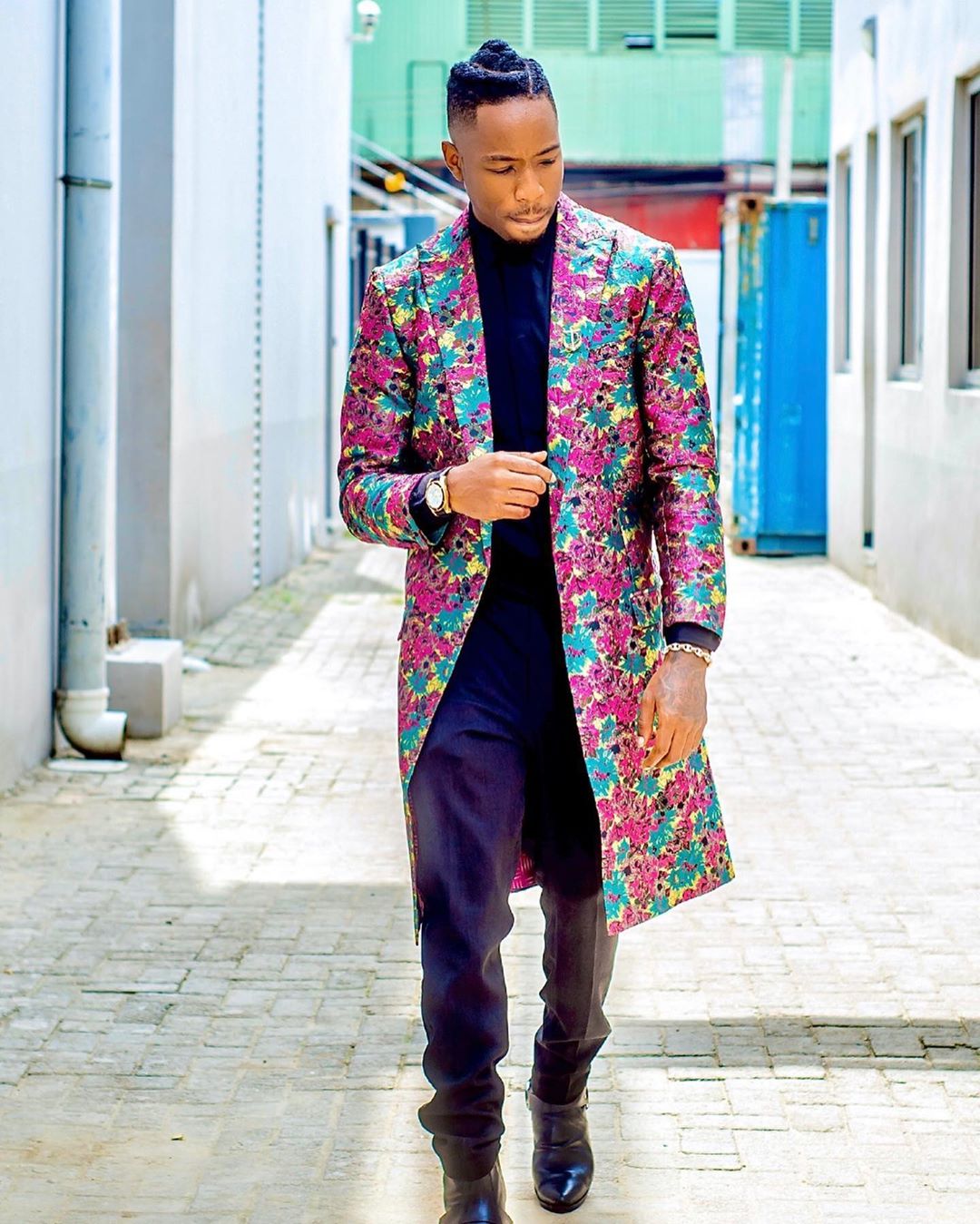 Here are some major highlights from tonight’s show: 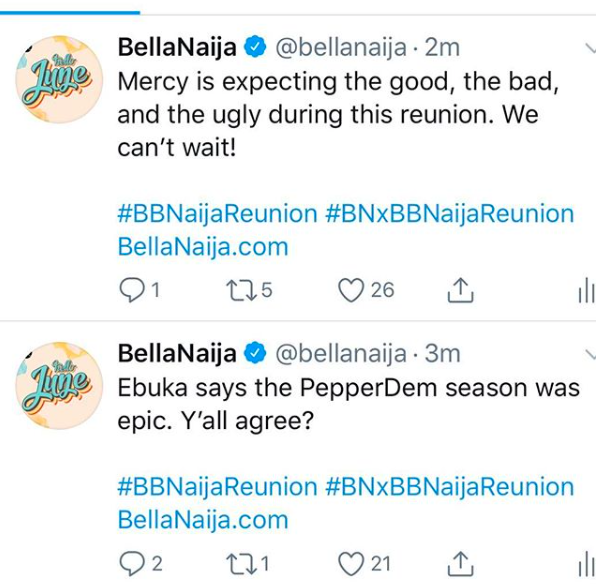 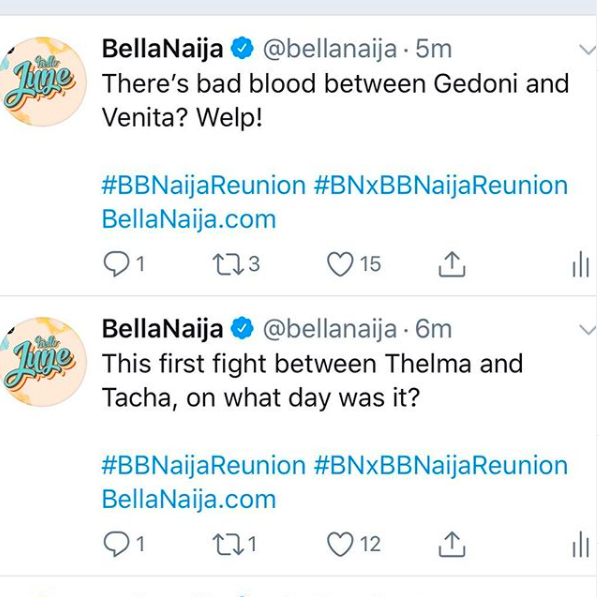 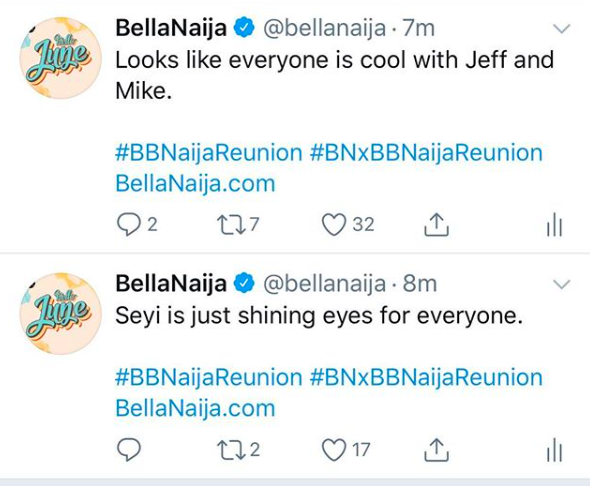 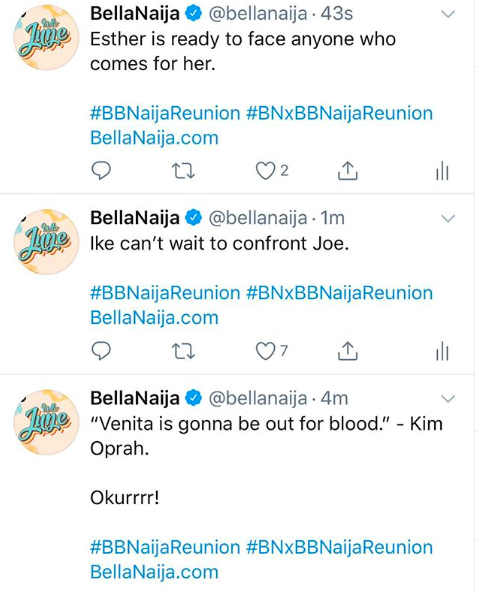 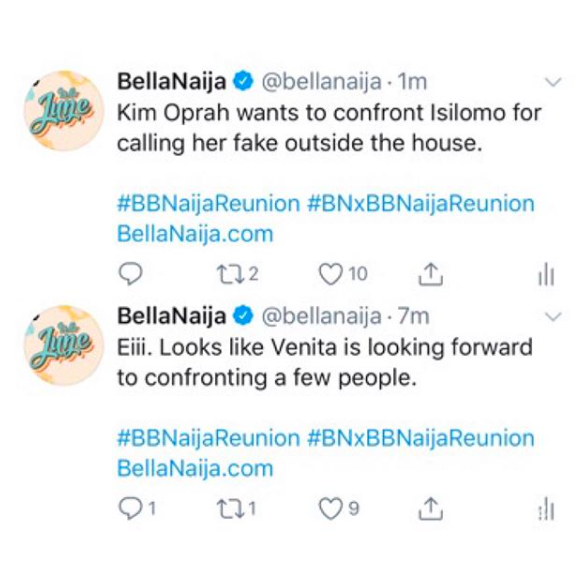