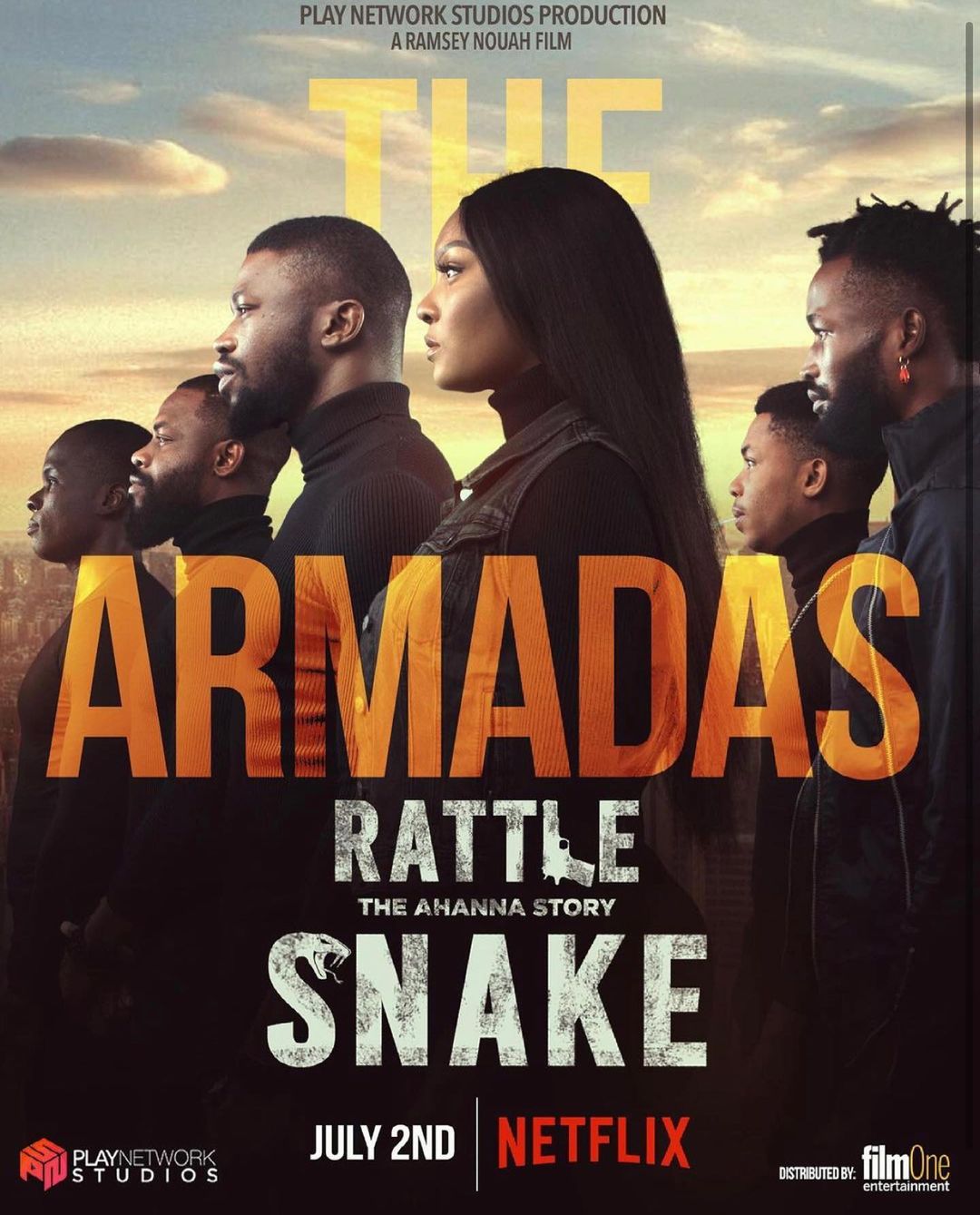 If you missed it in the cinemas, you’ll be excited to know that “Rattlesnake: The Ahanna Story” by Play Network Studios is coming to Netflix next month.

The 2020 remake of Amaka Igwe‘s 1994 “Rattlesnake” tells the story of a young man who lived through injustice and inequality; one day, he decided, it was enough. For Ahanna and the Armadas – the decision to steal the life they wanted was righteous, but everyone knows that two wrongs don’t make a right.

About the Netflix premiere, producer Charles Okpaleke wrote on Instagram, “Finally!! The world would see this on the 2nd of July!!”

As you anticipate “Rattlesnake: The Ahanna Story”, you can find out more about the lead actor Stan Nze in our exclusive interview, the all-star cast, the movie trailer, photos, behind the scenes, things to expect, the young and affluent looks from the star-studded premiere, and all the reasons you should look forwards to the 2nd of July.

Don’t forget to listen to the Larry Gaaga produced soundtrack too.