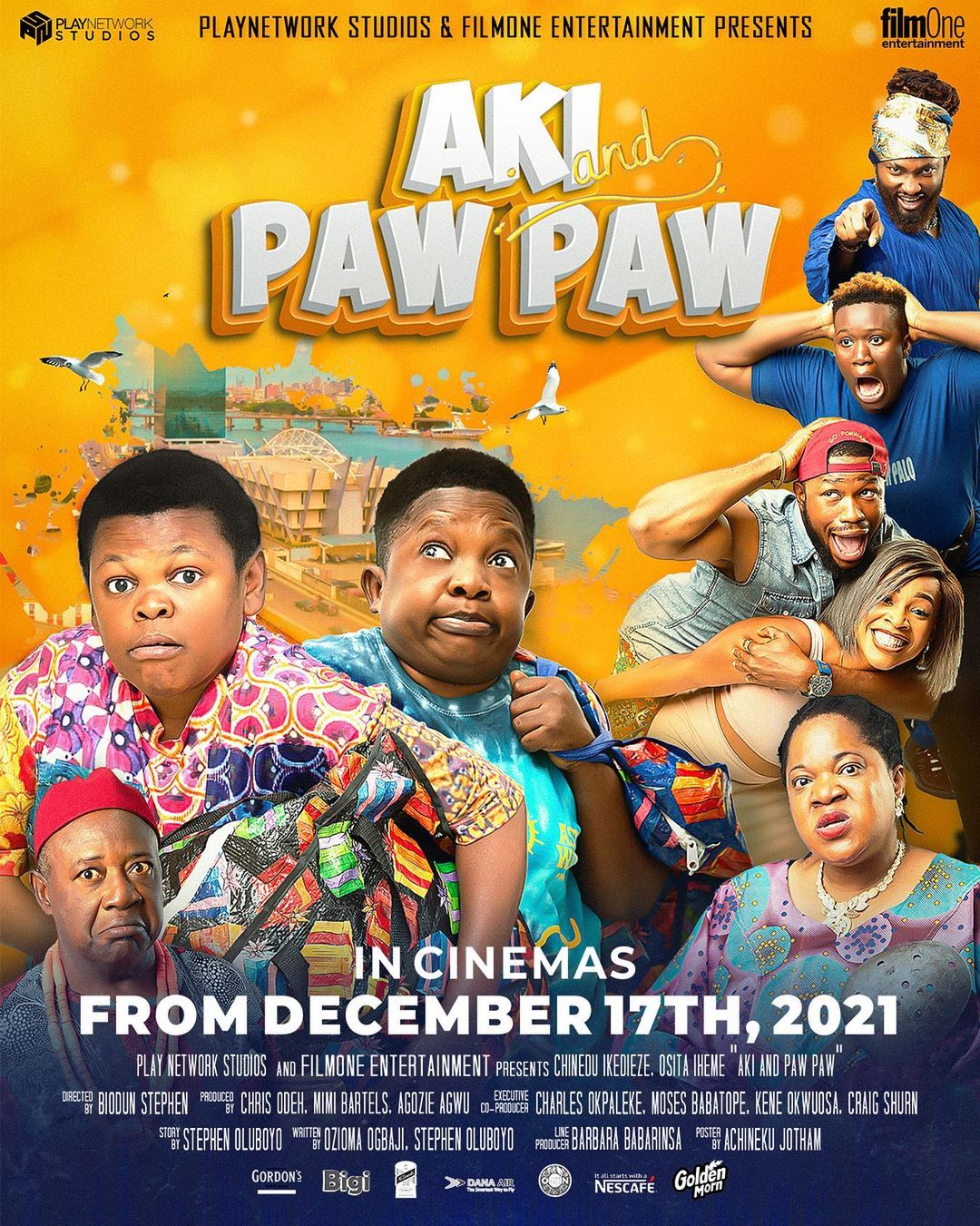 It’s official! The remake of Nollywood classic “Aki and PawPaw” will be on your screens from the 17th of December and we’ve got the first teaser for your anticipation.

Osita Iheme and Chinedu Ikedieze stole our hearts in the early 2000s with the classic family comedy film “Aki & PawPaw”, and now, they’re making a comeback, this time on the big screens.

With several scenes from the movie trending through memes on Twitter and other social media platforms globally since 2019, Play Network Studios made it a part of its ‘Nostalgic Collection’ which houses remakes of Nollywood classics like  “Living In Bondage: Breaking Free,” “Rattlesnake: The Ahanna Story“, “Nneka The Pretty Serpent,” the forthcoming “Glamour Girls“, “Osuofia Goes To Miami” and “Diamond Ring”.

Alongside FilmOne Entertainment, Play Network Studios is reintroducing “Aki & PawPaw” as you’ve never seen before, so “get ready to abandon all your home training at the door.”