Founder and Publisher of Sahara Reporters, Omoyele Sowore has been arrested.

A tweet by one Lekan Fatodu, who describes himself as a publisher, development advocate, social commentator, among others, disclosed this.

Fatodu said: “I just got Sowore Omoyele of SaharaReporters arrested for criminal defamation and blackmail and threat to my life and career.”

Fatodu shared a photo with Sowore in it, surrounded by police officers. 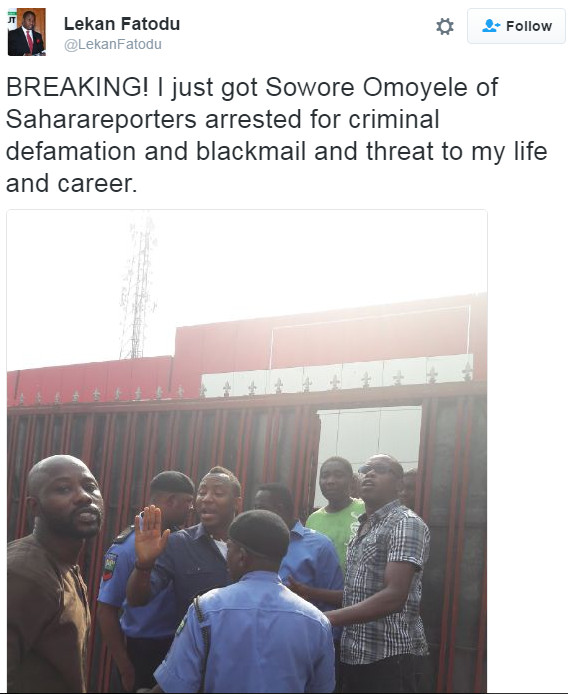 It cannot be immediately confirmed if Sowore was being arrested or not.

Twitter User Accuses Uber Driver of Trying to Kidnap Her