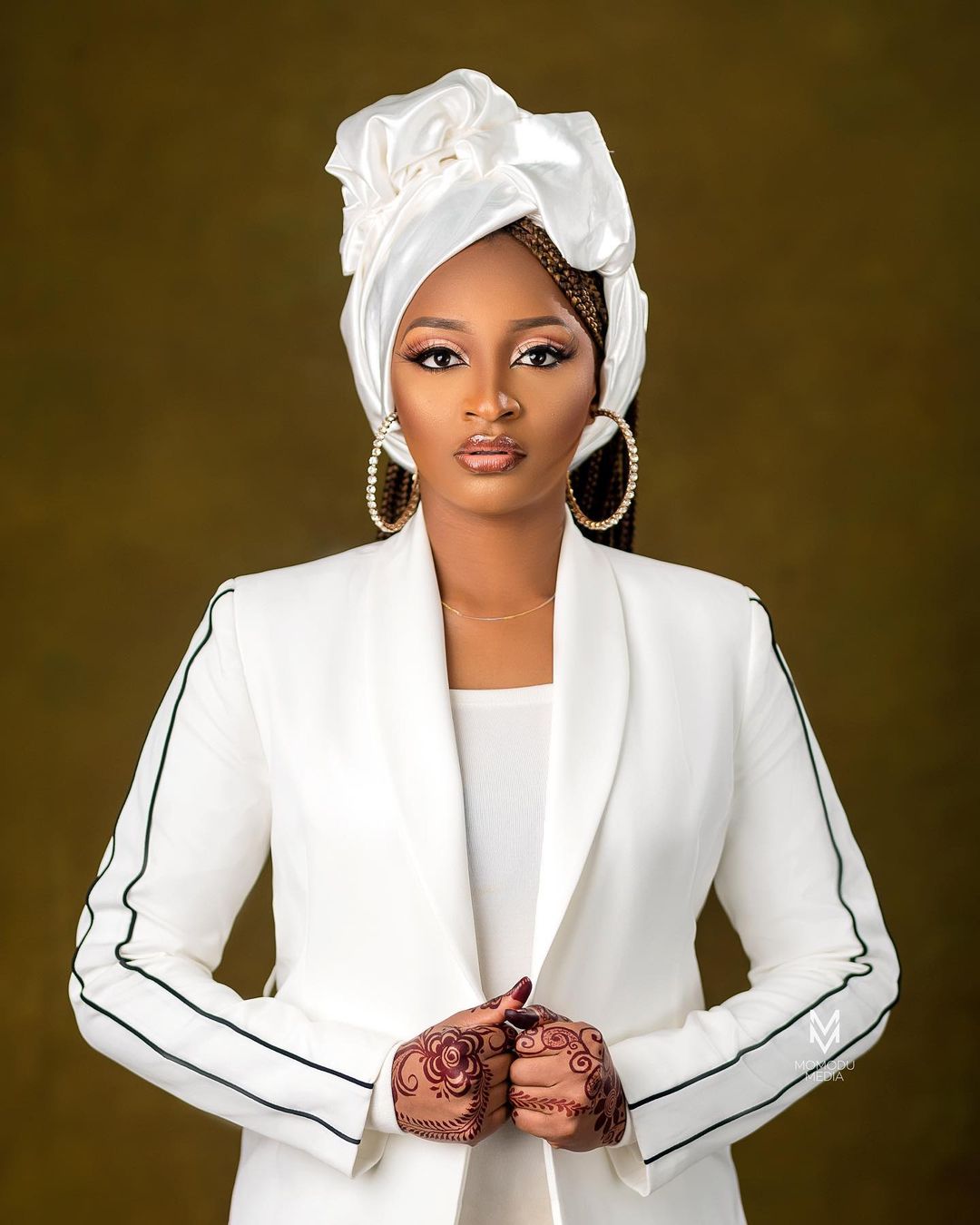 A good number of times, people have been taken to court, imprisoned, mobbed or sentenced to death for their beliefs, and it gets even more disturbing when the situation is properly analyzed.

Some months back, 22-year-old Yahaya Aminu Sharif was sentenced to death by the Sharia Court in Kano for sharing a song on WhatsApp praising an imam with the Tijaniya Muslim brotherhood. They say the praises went to the extent of placing the imam above the Prophet Muhammad.

Another underaged boy, 13-year-old Omar Farouq was sentenced to 10 years imprisonment with menial labour for blasphemy, even if this meant violating the African Charter of the Rights and Welfare of a Child and the Nigerian constitution.

For this reason, it is no surprise that Nigerians have called on friends and family members of Kannywood actress Rahama Sadau to check on her, for fear that she might be charged to court or even sentenced to death for blasphemy against Prophet Mohammad.

The actress was recently dragged on social media for wearing a dress that revealed her back. What was supposed to be beautiful photos receiving lovely comments became an ugly case of blasphemy when some of her fans felt the photo was offensive; as a Northern Nigerian and as a Muslim. 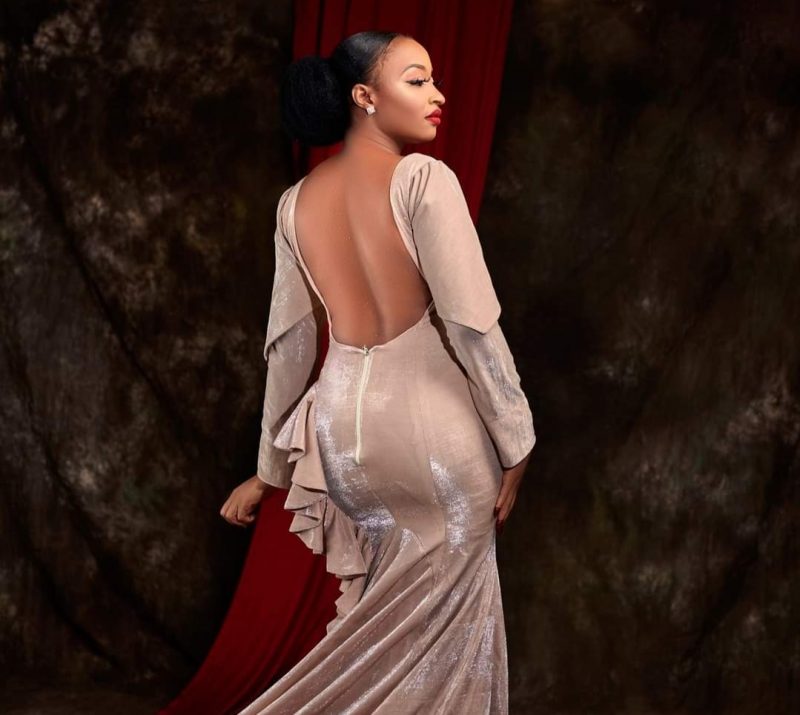 Even as many fans stood in her defense, the actress was forced to take down the photos and apologize when they had resulted in a controversy on social media that led to “blasphemous comments against the Prophet Mohammed.” It was also alleged that the actress had been blacklisted by Kannywood filmmakers for the same reason.

Salam, it’s sad and unfortunate waking up to series of unexpected messages, tags & trends over the harmless pictures i posted. As a human, I laughed at some, frowned against many & disapproved most. To the most unfortunate event, some of these comments took a different dimension. Having mixed followers, bashing each other’s faiths to the extent of creating trends like “Assistant Allah” (subhanallah), raining curses and some tweeting blasphemous words to our Prophet Muhammad (SAW)- this is the height of it and it stands condemnable and regrettable.

I’m with all sense of sincerity, dissociating myself from such derogatory & hurtful words. To everyone who knows me or follows me, should know I’m not d type that react to anything or embrace advices from social media moral police. But my Prophet & religion is where I draw d line. Any disrespect to my religion and Prophet regarding those pictures remain condemned and reprobated, not in any way & not on any event. The perpetrators should learn to separate people’s way of life and respect for their faiths.

I remain defender of my Prophet in heart, online and offline. I deeply and sincerely apologized for the unseen circumstances that led to these avoidable, yet regrettable dramas. It’s in human nature to judge others and act as saint, I appreciate those who felt offended & decided to call me through DM’s, Text messages & phone calls. That’s true love & I’m never taking that for granted. EVER! Lastly, To the bloggers & everyone that saw a chance to trend, I do not wish for you what you wished upon me. Live & Let Live.

Having mixed followers,bashing each other’s faiths to the extent of creating trends like "Assistant Allah" (subhanallah), raining curses and some tweeting blasphemous words to our Prophet Muhammad (SAW)- this is the height of it and it stands condemnable and regrettable.

As a result of the “blasphemous comments made against the prophet in reactions that followed the photos,” a letter of complaint was written to the IGP from Mal Lawal Moh’d Gusau which read, “Sir, I am writing to inform you that Rahama Sadau a Kannywood actress through her controversial picture has angered many people and if not quickly looked into could degenerate into a serious crisis,” Premium Times reports.

Premium Times also reports that, “the Inspector-General of Police, Mohammed Adamu, has mandated police action to ensure public peace is not threatened.”

A letter from the IGP, through Idowu Ohowunwa, a commissioner of police and principal staff officer to the IG was later sent to the Kaduna State Police Commissioner.

The letter read, “I am to convey the directive of the inspector general of police that you treat proactively with a view to ensuring the development does not result to any act that could threaten public peace and security.”

See the letter below. 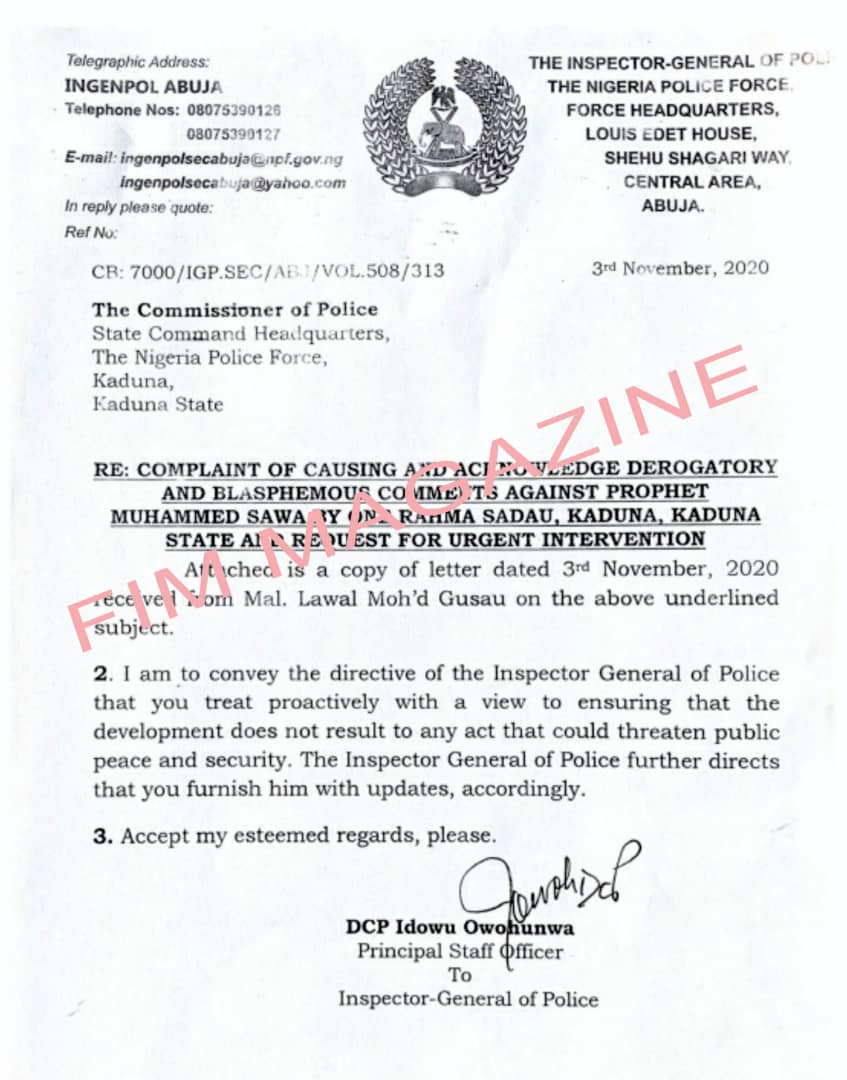 On Tuesday, Rahama responded to allegations that she has been arrested and sentenced to death; insisting that she is safe and has not received any legal trial for any reason, neither has she been sentenced to death. According to the actress,

I have received many messages that I have been arrested and sentenced to jail earlier today. I have no idea where the news emanated from. I’m therefore calling on people to stop spreading FAKE and unfounded stories. I haven’t received any police invitation or court trial. I’m reiterating this to well wishers that I’m SAFE and FINE and I have never received any legal trial for whatever reason. To those trying to bank on this issue to create an unrest, Please give it a rest..!!!

It’s indeed a hard time for me. This is not the right time for FAKE NEWS. Much love to those who reached out, I’m grateful. Love Rahama ❤

I haven’t received any police invitation or court trial. I'm reiterating this to well wishers that I’m SAFE and FINE and I have never received any legal trial for whatever reason. To those trying to bank on this issue to create an unrest, Please give it a rest..!!! ???

It’s indeed a hard time for me.
This is not the right time for FAKE NEWS. Much love to those who reached out, I'm grateful.

Submissions for the 14th Headies Awards are Now Open! Get the Scoop