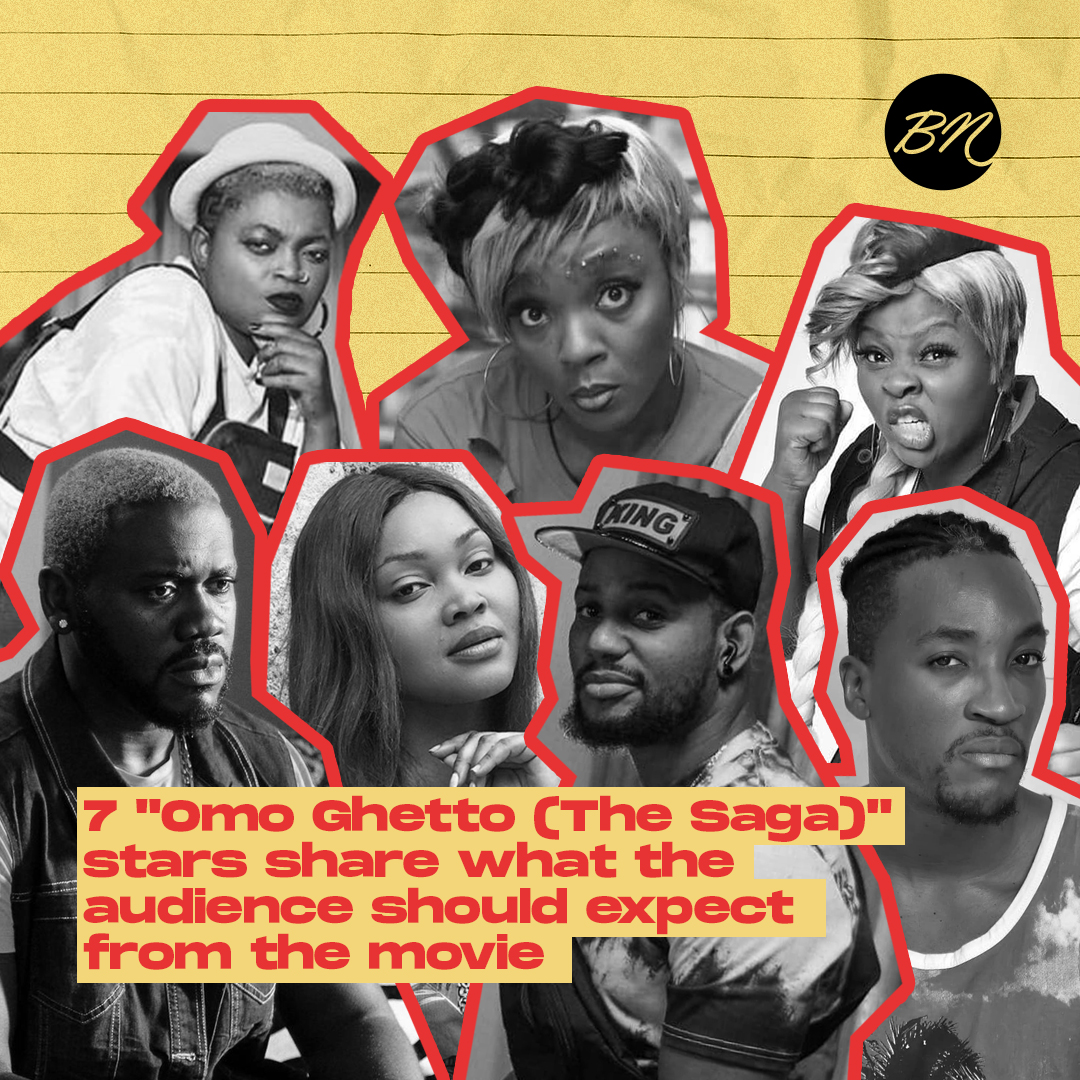 You can take Lefty out of the ghetto but can you take the ghetto out of her?

The movie was first announced in February 2020 with Funke Akindele-Bello sharing a throwback photo of herself and Eniola Badmus on Instagram. We shared some exclusive details here and here.

Click here, in case you missed the TEASER and TRAILER.

Watch the Askamya Bees appears as real-life rappers as they delivered their powerful lines in Yoruba and Igbo as their alter egos in Omo Ghetto The Saga’s new music video, “Askamaya Anthem“.

BellaNaija asked the stars of the movie, Deyemi Okanlawon, Alex Ekubo, Akah Nnani, Funke Akindele-Bello, Chioma Akpotha, Bimbo Thomas and Mercy Aigbe to share what the audience will be thinking about after seeing the movie at the cinema.

Here’s what the cast has to say The beauty of friendship, street fashion and good music. Lots of great performances, ghetto love, great cinematography, the untold story of the ghetto, definitely a lot of interesting Nigerian ghetto slangs, gender equality, loyalty and betrayal and the richness of Nigerian languages. The richness of Nigeria’s social culture, the importance of raising a child in a good and conducive environment, a mother’s love, diversity of Nigerian stories and it’s depth, and taking into cognizance the seriousness of cybercrime. 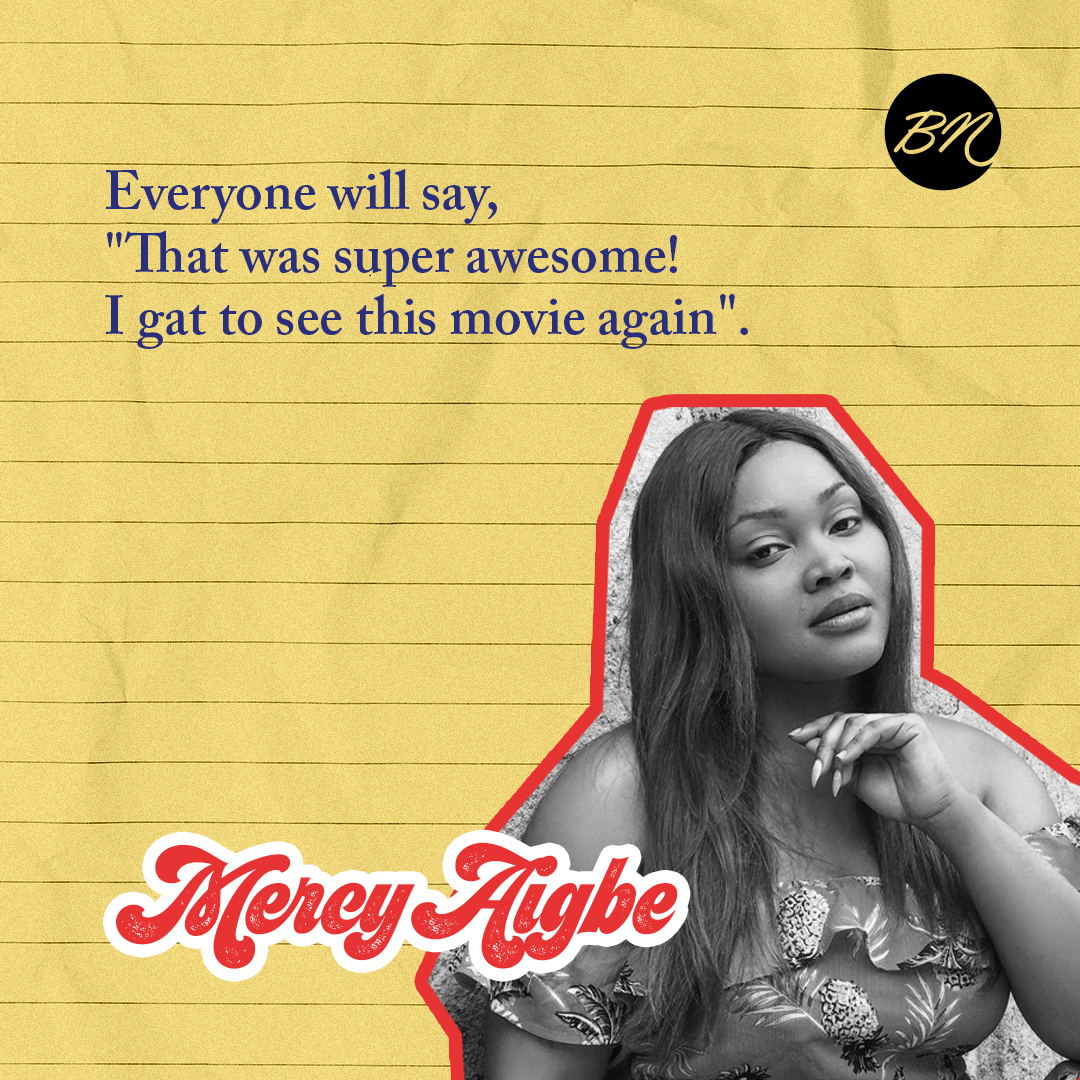 They will be like that was super awesome! I gat to see this movie again They will be thrilled by the performance of every single actor on the project. There’s a clear show of the great divide between the rich and the poor and how that affects our society at large and Funke Akindele Bello brilliantly depicts this.

Yes! They will also be thrilled by ChommyChoko, a never-before played a character by my humble self. They will love every single scene in “Omo Ghetto The Saga”. They will thoroughly be entertained. They will be thinking about absolutely nothing… cos they’ll be too exhausted to think after all the laughter! Hahahaaa!! I guess they’d be blown by how beautiful the picture will be. We made a beautiful movie! I was able to see little raw footage of the film and ehn? Hmm! Also, they would be thrilled by how compelling the story is. The cast is just right. Really amazing! Everyone put in work and gave a 100!

The comedy, the drama, the suspense… They will go to the cinema again to see it a second time. 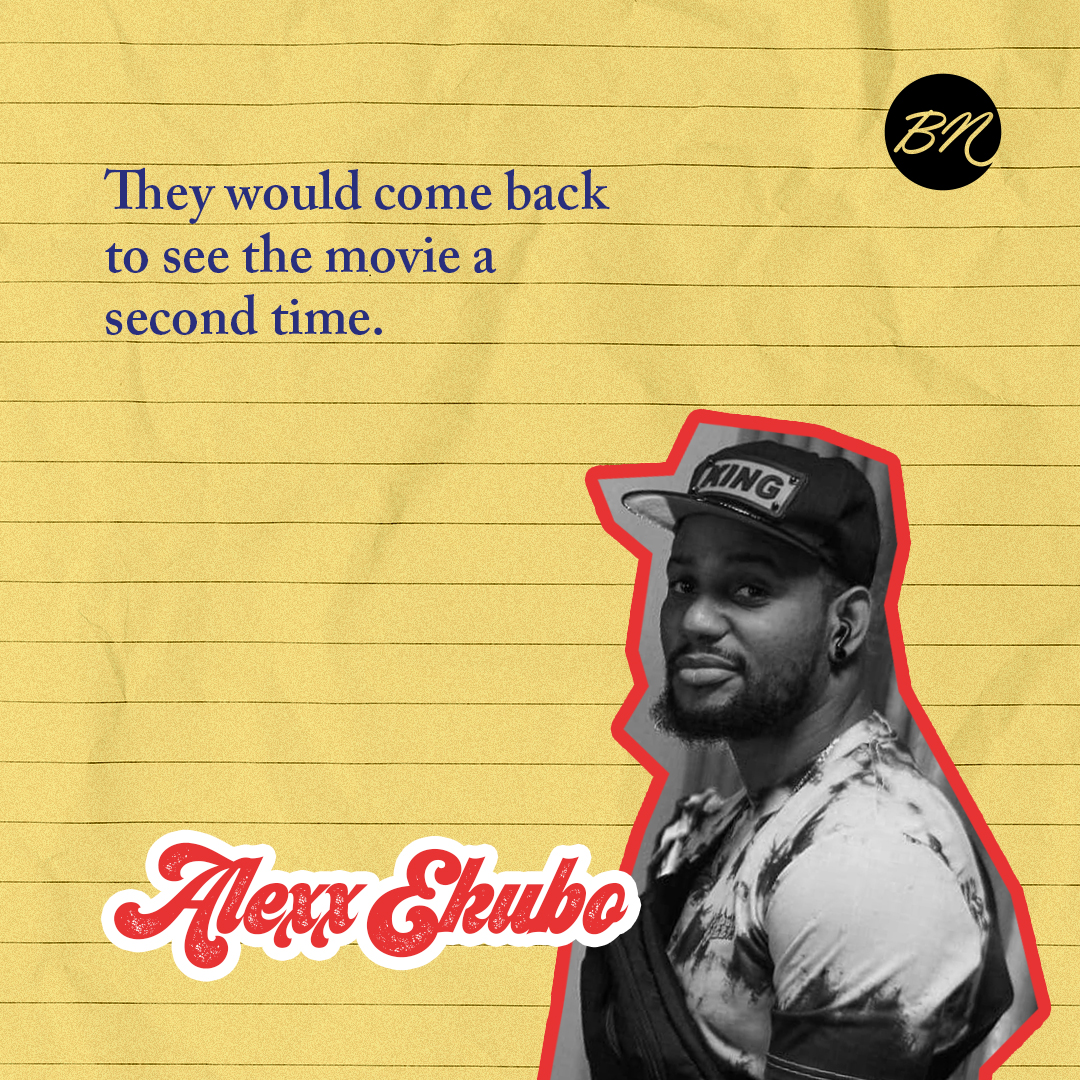 How they would come back to see the movie a second time.

The anticipated sequel will premiere on December 25.